Home from the fire front 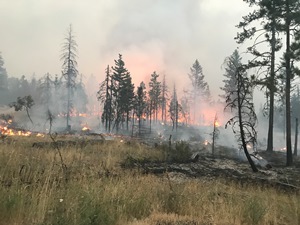 In his six week deployment with more the 1000 firefighters from Canada, Australia, New Zealand and Mexico he worked with these countries’ top crews as 100 fires burned across 1.1 million hectares.

His specialist skills as a Certified Incident Controller – currently there are just 38 of them in Australia – enabled him to be selected for the first deployment. His team dealt with four major fires: “We contained three. One is still burning. It will until it snows.”

Australia helped out with 50 firefighters. Mr Letheby, who has just returned, was the only one from the NT.

Australia utilises a management scheme called AIIMS (Australasian Interservice Incident Management System). This is similar to the system used in North America and other countries so it enables firefighters to fit into operations in a number of countries and be operational in a very short time. 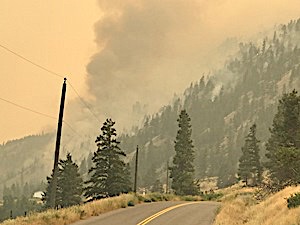 “Canada has Unit Crews,” he says. “These are teams consisting of 20 elite fire fighters with a super ‘can do’attitude. Give them a challenge and away they go.

“You work, eat and sleep firefighting. You work 14 days straight, 12 to 14 hours a day. You get two days, we were positioned at a Ski Resort for rest and recuperation, then it’s back to the fire, full on for another 14 days.”

Because of the heavily timbered terrain there are few trucks, unlike in Australia. All firefighting is done by either aircraft, heavy machinery or ground crews whose firefighters move on foot.

At one fire, 60 kilometres of hoses were laid, pumping water from streams and lakes.

Heavy bombers and helicopters are used for aerial combat of the flames.

Mr Letheby and his team slept in tents for a week, then in one of the camps set up once the firefighters’ number reaches 80. 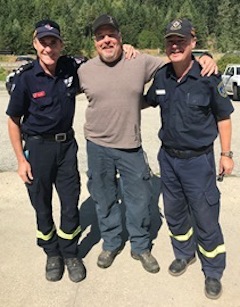 “Working and making life-long friends with some of the world’s best incident managers and firefighters was an unforgettable experience,” he says.

PICTURED from left: Dave Rankin (NSW), Art Westerhaigh (Canada – he paid for the drinks on the last night) and Mr Letheby.