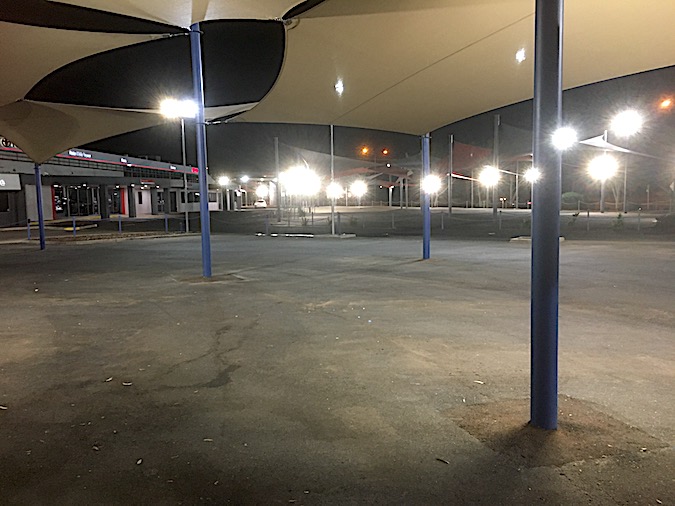 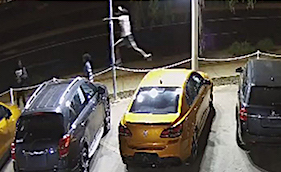 At 3.30am today rampaging Aboriginal kids were jumping from car to car, smashing glass on more than 50 of them and dinting and scratching them, causing hundreds of thousands of dollars damage.

At 7pm there was not a single car in the sprawling display space of the Peter Kittle car yard which sells more vehicles than all other local dealers put together, and which is half Aboriginal-owned through Centrecorp.

It clearly drives the police force commanded by Acting Deputy Commission Tony Fuller to its limits – and some locals say, beyond.

He spoke the the Alice Springs News Online this evening.

NEWS: Is there a strategy to deal with events like this, and if so, what is it?

FULLER: We’ve been dealing with this for a long time. Strikeforce Winx deals with youth crime. There was a group of kids last night. We have since identified five out of the eight offenders. One has been arrested. We’ll obviously bring them before the courts or youth diversion, depending on the age of the child.

NEWS: What about prevention in the immediate future? 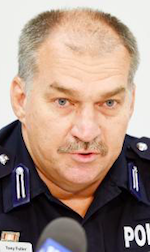 FULLER: They are targeted quite regularly with patrols. We also have youth engagement officers out there. This happened at 3:30 in the morning. We are ramping up for the Show. A lot of our officers are rostered on for the Show weekend.

NEWS: There is a CCTV police trailer with cameras in the middle of the highway. Did they not pick up anything? Because that’s where it happened, under the nose of that trailer.

FULLER: No, it didn’t actually, There was a lot of activity there and that’s actually monitored. Those kids were not in the view of that trailer when they were committing offences. We can only monitor what’s going on and react to it. We responded.

NEWS: In terms of ongoing strategies, obviously the current one is not working, is there a new one in the making?

FULLER: We can only do so much. Those kids are out at 3.30, four o’clock in the morning. They are not our kids. We can only react to what they are doing. On the prevention side of things, we can only engage with them as much as possible, and steer them in the right direction. At the end of the day, we can’t lock them up when they are out and about in the street.

NEWS: Would you be in favour of introducing a system for kids that is similar to adults who get locked up for their own safety, if necessary? It’s called protective custody.

NEWS: Would you give me your personal opinion?

FULLER: No. Definitely not.

“Alice Springs police have 25 members dedicated this week to policing youth activities and events, with a further dedicated operation established to police the Alice Springs Show,” he said.