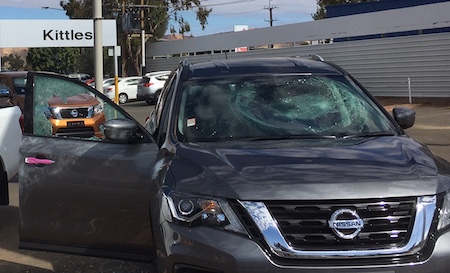 Hordes of children are on the rampage every night, especially near the Peter Kittle car dealership where last night 50 cars were damaged.

This is according to Tony O’Brien, principal of O’Brien Security, who says Indigenous youths aged from six to 16 are causing mayhem in the vicinity of the Indervon service station, Hungry Jack’s and the Beaurepairs tyres dealership across the road.

He says this has been going on for several months now: “Police seem to at a loss to prevent these youths from wandering the night.

“The government needs to step in. The town is getting frustrated. Police and security guards have been assaulted on many occasions, and passing cars have been stoned.

“These youths have no respect for authority.” 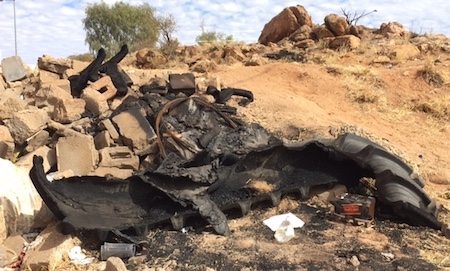 Mr O’Brien says the police mobile CCTV unit (pictured below) on the median strip of the Stuart Highway seems to be ineffective.

Local builder Joel Olzomer, who saw the damage at Kittles this morning, says he counted at least 27 cars damaged.

“There were apparently more than 50. They are basically all new cars on the highway frontage, the town’s main road.

“Cars had windows smashed, dings on panels  – it looks like they used a metal instrument – and many cars had been run  or jumped on.

“It is an absolute disgrace. I am concerned Alice Springs as it currently exists will not survive long enough to see these issues resolved.

“At minimum, the community must be kept safe and comfortable with the streets brought under control so we can live in some normality.”

The Alice Springs News Online is seeking comment from the police.

UPDATE 3:54pm: Detective Acting Superintendent Peter Dash said a number of young offenders damaged more than 50 new vehicles about 3.30am. So far, a 14-year-old male has been arrested. Anyone with any information should contact police on 131 444 or Crime Stoppers on 1800 333 000. (See below CCTV images released by the police.) 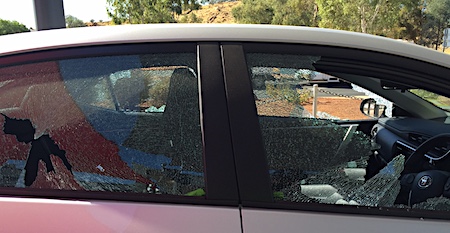 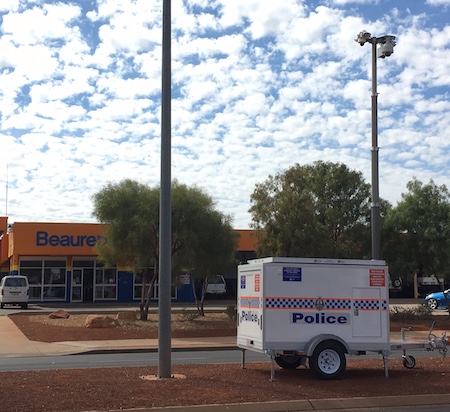 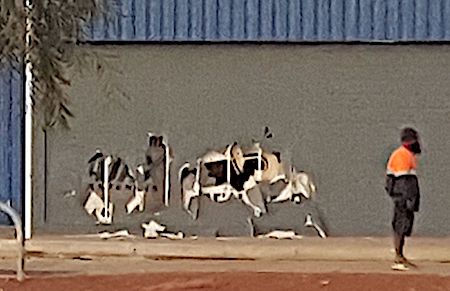 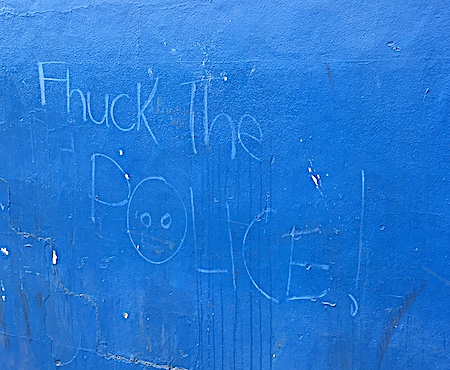 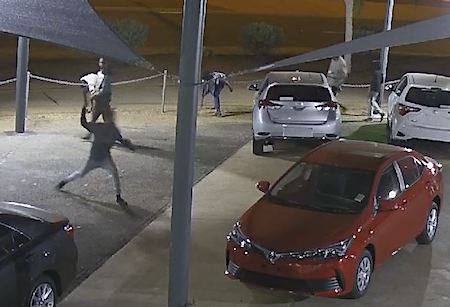 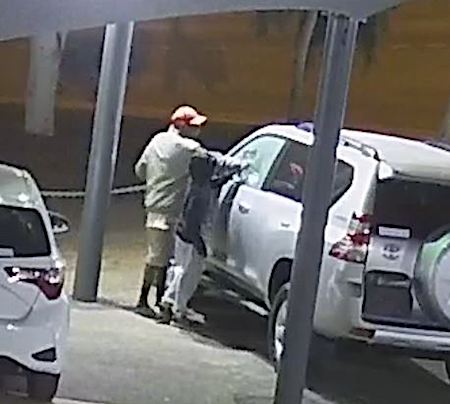 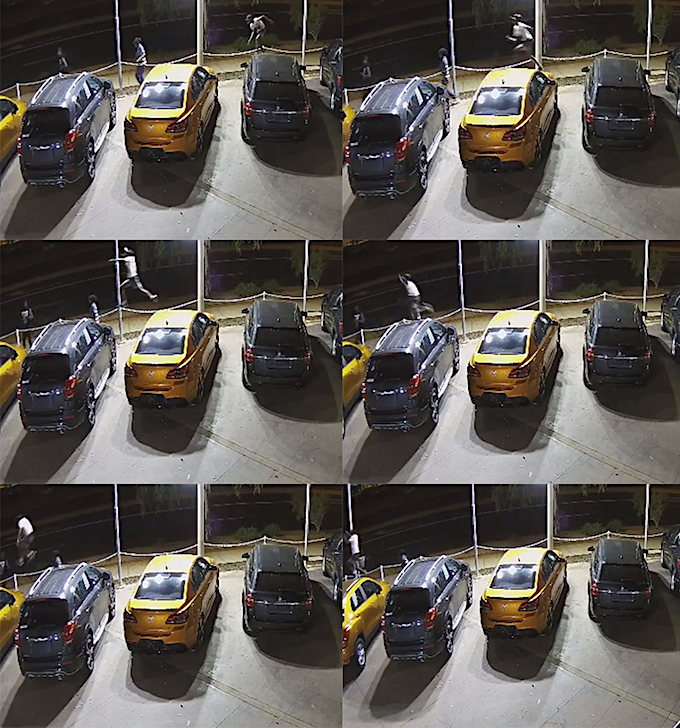