War on booze abuse in jungle of jargon and acronyms 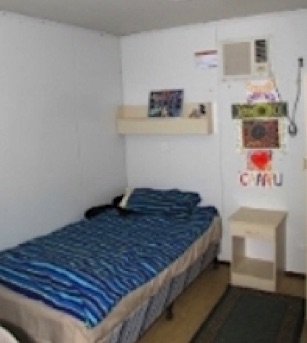 Women needing to get off the grog will soon no longer be forced into treatment because the NT Government is abolishing its Alcohol Mandatory Treatment (AMT) but they may be referred to treatment under the soon to be resurrected Banned Drinkers Register (BDR) except they won’t be able to go to the Central Australian Aboriginal Alcohol Programs Unit (CAAAPU) because half of it is being shut down in the wake of the abolition of the AMT and neither are they likely to be admitted to the Drug and Alcohol Services Association (DASA) whose beds are usually full which means they will be sent 500 kilometres north to the facilities of the Barkly Region Alcohol and Drug Abuse Advisory Group Inc (BRADAAG) which is under Special Administration with the Office of the Registrar of Indigenous Corporations (ORIC).

About 24 people, half of CAAAPU’s staff, are likely to lose their jobs as a result of the AMT’s discontinuation.

A CAAAPU source says the voluntary treatment referral unit will continue to operate but the loss of key staff currently responsible for both sections may cause problems.

Health Minister Natasha Fyles (pictured) says the AMT evaluation report, commissioned by the former CLP government, had shown “the AMT didn’t work” but she hints CAAAPU may still have a role under the new Labor alcohol regime.

“We’ve listened to the experts who say evidence supports a voluntary approach to rehabilitating people who struggle with addiction.

“That’s why we’ve built a referral process into the new BDR model and ensured all Territorians who are included on the list have access to clinical assessments and pathways to therapeutic treatment.

“I’ve asked my department to investigate options to ensure adequate capacity for people who have been referred to treatment by the BDR in Central Australia,” says Ms Fyles.

Meanwhile Pauline Reynolds, currently the CEO of BRADAAG but until recently employed by CAAAPU to get it out of special administration, says women’s residential rehab there was de-funded by Prime Minister and Cabinet more than 18 months ago.

Nevertheless, during her time in Alice a building with nine beds for women was being refurbished in the hope it would be used.

“We were told it may be funded in the future,” she says.

CAAAPU have appointed Patrick Cooper as the interim CEO. He was the manager of the the Remote Health section of the Department of Health.