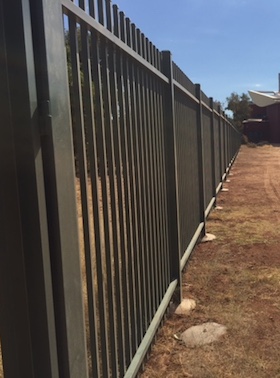 The old town council sign now reads like a bad joke: “Welcome to Sadadeen Oval. A Public Place For your Enjoyment.”

The reason: Charles Darwin University has erected a fence “for the security of our students and staff as well as curtailing the anti-social behaviour we have experienced on CDU property after hours.”

A spokesman for CDU says the increased security measures, which include a two metre high steel fence and CCTV, cost more than a quarter of a million dollars and were made necessary by ongoing vandalism including broken windows, graffiti and hooning in cars.

This follows the pattern of shutting the public out of school grounds around the town over the past few years, for much the same reasons.

A popular shortcut through the grounds is now no longer.

Parking is no longer available the western side of the grounds but is available between CDU’s higher education building and the Centralian Senior College’s basketball courts. 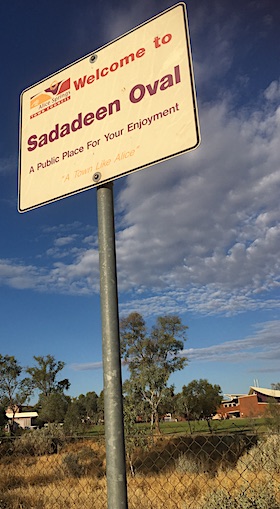 Access to the CDU oval from Gate 2 on Grevillia Drive is now limited to emergency services and maintenance vehicles, as a consequence of the new campus perimeter fence.

Both gates, which have yet to be fitted, will be locked after hours.

The CDU Oval is managed by the Alice Springs Town Council who has advised sporting bodies of these changes, says the spokesman.