Home Issue 4 Advocate: Getting it wrong on their big day
Issue 4Issue 5Volume 24

Advocate: Getting it wrong on their big day 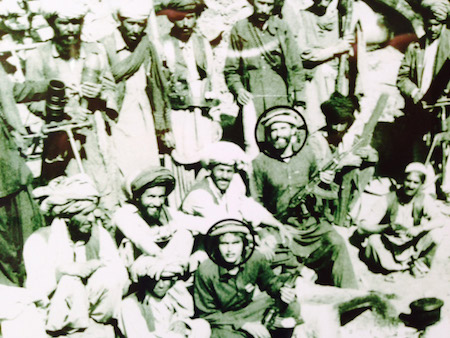 We acknowledge that the American-owned Centralian Advocate is 70 years old but their problem is that the Alice Springs News Online is 20 years ahead of them in online publishing.

That, not newsprint, is the dominant format for written journalism being consumed now and will be in the future.

It is unsurprising in their self-congratulatory edition today that all they can think of, in a hapless attempt to denigrate me, is to call me a “blogger and news enthusiast”, just as it is unsurprising that the Advocate is unaware of such a fundamental journalistic obligation as providing the right of reply.

What the Advocate says is of very little consequence and credibility. I am perfectly content with my recognition as a journalist by our readers – in the last 30 days, 16,162, and sometimes going as high as 22,000 (Google Analytics), making some five visits each and viewing up to 190,000 pages a month – as the Alice Springs News approaches its 25th anniversary (our printed weekly was founded in 1994).

In addition, I have earned that recognition in print and particularly in television news and current affairs, freelancing for all major Australian TV networks, and several in the USA, Japan, Austria and Germany. I produced thousands of reports, magazine and documentary stories for them, mostly from Central Australia, providing enormous exposure for the region.

Over the years I risked my life reporting from three war zones, and in a few hundred skydives doing freefall photography. 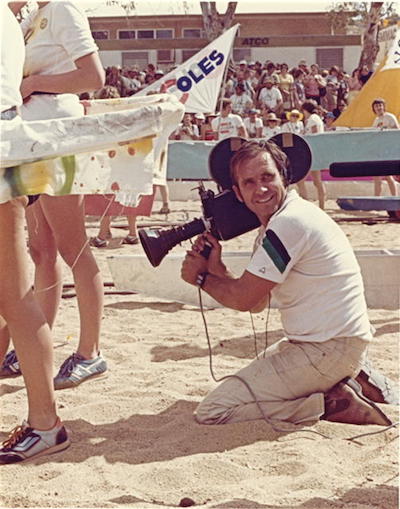 Kieran Finnane, with the Alice Springs News since its inception, in addition to writing major reports for us, is the author of an admired book, Trouble, published by University of Queensland Press. She also contributes stories out of our region to major national journals.

Between us, Kieran and I have more than 70 years of journalism service to this community.

I enjoyed my 10 or years with the Advocate in its heyday, when I was Chief Reporter (the Advocate even got that wrong in their caption today).

I am not surprised that in today’s Advocate gallery of journalists such people as Jenny Brands, Jill Bottrall, Dave Richards, Kay Hartley and Louise Yaxley are missing. The current regime would have a lot of difficulty comparing themselves to that team of which I was a proud member.

PHOTOS: Reporting behind Soviet lines with my son, Laurie, embedded with Afghan mujahideen (the AK47s we’re holding are only for the picture); and getting close-ups at the Henley on Todd.