What will Royal Commission do with Dylan Voller's evidence? 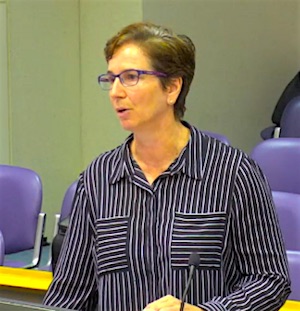 Solicitor General for the NT, Sonia Brownhill SC (right), will cross-examine high profile former detainee Dylan Voller on Thursday this week, but wants to know what will be made of his evidence.

Does the Royal Commission into youth detention in the NT intend to make findings of fact in relation to allegations he (and others) are making against individuals?  she asked.

If so, how will it go about that? How will it test the truth of witness statements?

Until now, the default position of the commission has been that vulnerable witnesses over 18 years of age will be cross examined only through Counsel Assisting the Commission – Peter Callaghan SC and Tony McAvoy SC. That default had been understood to apply to Mr Voller.

Counsel Assisting the Commission have now told Ms Brownhill that Mr Voller is “sufficiently capable of being cross-examined”  and have invited her to do so. There is no longer concern about the harm that cross-examination could expose him to.

But what will the commission be doing with the evidence? she asked. The commission has been authorised to inquire, but what does that process involve?

She contended that there is a duty on the commission to investigate, which would involve probing witness statements prior to their finalisation (to what extent this has been done is not clear), forensically examining their allegations,  obtaining contrasting evidence, and cross-examining witnesses as to inconsistencies and improbabilities in their evidence.

She commented on the enormous body of material to be responded to in extremely short time frames.

Will the commission descend into the detailed allegations made by Mr Voller? And will it make findings about the truth of those allegations, reaching legal conclusions about them? she asked. 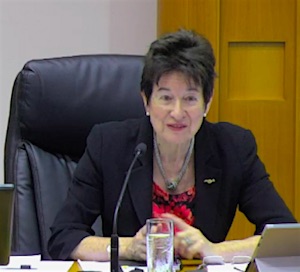 At this point Commissioner Margaret White interrupted to ask whether Ms Brownhill was bearing in mind the litigation in the Supreme Court later this year which relates precisely to allegations by Mr Voller?

Yes, said Ms Brownhill, Mr Voller would get his “day in court”, there would be a judicial determination about his allegations in relation to 10 specific incidents, and according to “the letters patent”, the commission need not inquire into a particular matter if it is satisfied it will be dealt with by another inquiry or legal proceedings.

However, the difficulty the Solicitor-General is facing is that the commission’s three day hearing this week is being devoted to  testing and cross-examining a number of witnesses who have made responsive statements to Mr Voller’s allegations.

How will it inquire into the truth of generalised allegations by Mr Voller, even though they are virtually impossible to investigate? she asked.

Or is this hearing about letting Mr Voller tell his story, recording his personal impressions and feelings about his time in detention, for the therapeutic benefits that come from doing so?

Will Counsel Assisting put to Mr Voller the 26 responsive statements made in relation to his allegations and the many documents that contrast with and clarify his evidence or provide critical contextual information about it?

Have other legal representatives been invited to test Mr Voller’s evidence or to cross-examine him?

In the March hearings, the Solicitor-General had provided a lot of detailed information to Counsel Assisting, but they made little forensic use of it.

What should we be doing with our leave to cross-examine? Ms Brownhill asked. 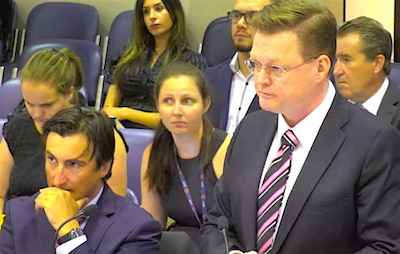 She indicated that on the basis of present understanding, she will be be seeking to elicit Mr Voller’s position about important facts omitted or elided (joined up) in his versions of events and will be seeking to address the issue of his credit to enable a finding to be made about his credibility.

Given the limited two-hour time frame for the cross-examination, she said questions will not be put about every single allegation, but she does not want it to be understood that the Northern Territory accepts the truth of issues that are not addressed.

Mr Callaghan made a couple of indignant responses, although Commissioner White commented that they did not address the “main thrust of the difficulties” raised by Ms Brownhill.

Commissioner White said the broad question needs to be addressed: what is the commission to make of the detailed evidence of Dylan Voller? The issues about the position of the commission are raised particularly by the litigation pending in the Supreme Court and previous litigation last year, she said.

The commission is certainly “but a handmaiden” when it comes to Supreme Court proceedings, she said. At the same time, the systemic issues of youth detention are right at centre of the commission’s terms of reference, and they need to have a basis in fact.

She said a statement about the issues raised by Ms Brownhill is required and gave Mr Callaghan SC time to consider a response.

Peter O’Brien, legal representative of Dylan Voller, advised he too would want to be heard on the matter.