NT last in population growth, first in booze & fags use


The NT population is the nation’s slowest growing and we use well over twice as much alcohol and tobacco than the national average.

The population statistics were  released by the Northern Institute: 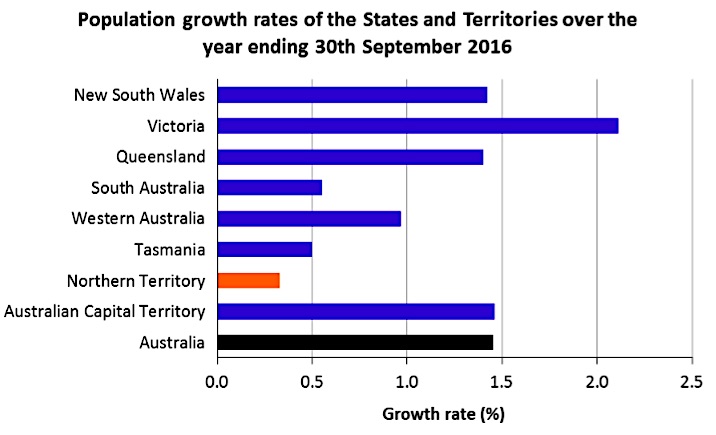 So almost exactly the same number we lost in interstate movements we gained by births exceeding deaths: Lots of new babies who will take close to two decades to become productive members of the community – if ever.

No doubt there are many productive people among those who have quit the NT.

We’re streets ahead in consumption of alcohol, according to the Australian Criminal Intelligence Commission: 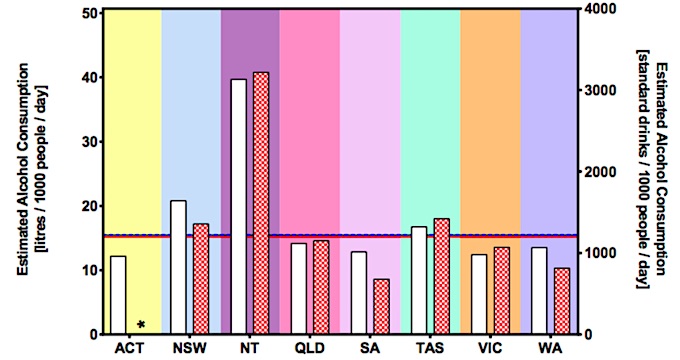 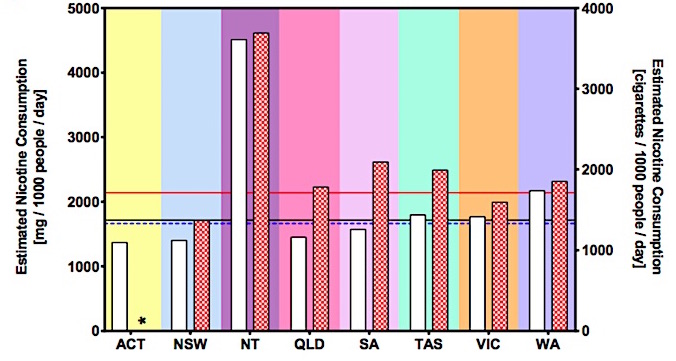 (The white bars are the capital average and the red hatched bars, the regional average.)

The commission gets its stats from the first National Wastewater Drug Monitoring Program Report which constructs your profile from what you’re flushing down the loo.

In the Territory the commission has conducted tests in two sites, one is in Darwin but the commission will not disclose where the “regional” location is: Alice Springs? Katherine? Kulgera? Utopia?

“In accordance with current wastewater analysis conventions, the terms of the contract, and to protect the integrity of the program, the exact locations will not be publicly released by the Australian Criminal Intelligence Commission,” says its media section.

You work it out.

A media release says: “Of these sites [in the Territory] results indicate a high demand for both methylamphetamine and MDMA in the capital city [that would be Darwin] catchment, while levels of cocaine consumption in regional NT were the lowest across all participating jurisdictions [a conclusion drawn from tests in one undisclosed location].

“Nationally, alcohol and tobacco were consistently the highest consumed tested substances in all states and territories, and the two Northern Territory sites showed the highest average per capita consumption for both substances,” says the commission.

The program measures the use of illicit drugs and some licit drugs in the community by chemically analysing sewerage water, according to the media release.

“The initial findings in the Northern Territory indicate a strong demand for both licit and illicit substances, and we will be working with our partners to understand these results as the program reveals trends and patterns over time.”