An invitation to Alice Keith Palmer won't be able to follow 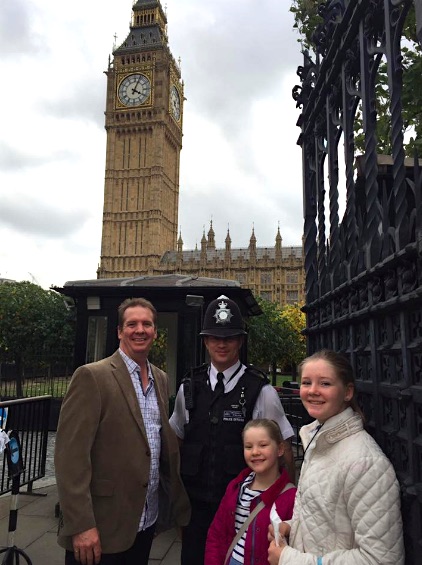 The fact that we are living in a global village comes into sharp focus when people in our midst have an emotional link with a tragedy on the other side of the world.

Alice Springs resident Andrew Thorogood posted this on his Facebook page on Thursday:

We were in London last October and visited the Houses of Parliament. An officer by the name of Keith Palmer was happy to pose with us for a photo once he learned that we had travelled all the way from Alice Springs in the Northern Territory, Australia.

It sent a shiver down my spine when I realised Keith was the officer who was killed in the London terror attack which took place last night.

I spoke with Keith for quite a while and found him to be a genuinely nice bloke.

He said he would love to visit Australia with his family one day. The girls suggested if he did make it to Australia, he should visit Alice Springs and we would show him how special a place it is.

That will never happen now, all because he was doing his job and trying to keep people safe in the face of yet another crazy terror attack.

Our thoughts are with his wife and family.

With everyone so suspicious of everyone else these days, he was happy to chat and smile for a photo with a bunch of Territorians on holiday whilst still remaining vigilant and carrying out his duties as a police officer.