Federal fest funds: does anyone know what's going on? 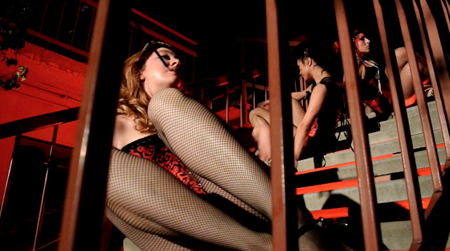 The Alice Desert Festival will not be receiving Federal funding this year because the organisers have not made an application.

A spokeswoman for the Australian Government’s Department of Communications and the Arts told us last week it had supported the festival in the past but will not be doing so in 2017 because no application had been made.

Has the festival made an application, we asked? “It’s not on our system,” was the answer.

Now that spokeswoman says: “Festivals Australia provides funding for projects … rather than for the festival itself.”

That is contrary to Senator Scullion’s announcement of the funding by Festivals Australia of four festivals in the Top End, and none in The Centre, as we reported on February 16.

Ben Fox, the artistic director of Alice Desert Festival, says “we are expecting some money” from the department.

There was no Desert Festival last year, but there was a further presentation from Incite.

Mr Fox says: “2017 is the third year of this great partnership presenting this successful arts project. The project is delivered with the support of funding from the Australian Government, Ministry for the Arts, Festivals Australia program and the Northern Territory Government.”

The department says Red Hot Arts is due to receive the final year of funding of $77,000 (including GST) before the end of the 2016-17 financial year.

Says Virginia Heydon, manager of Incite’s community cultural development: “Our agreement with the Desert Festival is not yet finalised. I will advise when we have something to share.”

She says Incite’s Festivals Australia funding goes to Red Hot Arts which acts as the producer. Incite is the presenter.

Is the Alice Desert Festival eligible to apply for funding, as the four Top End festivals are? And if so, why did they not apply?