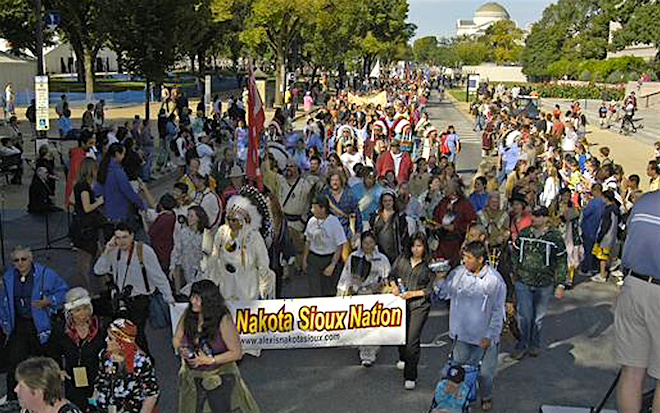 Above: The largest gathering of Native American Nations in history travelled to Washington DC for the opening of the National Museum of the American Indian. Photo by Eric Long, courtesy the Smithsonian Institution Archives.

Is a design competition the best way to deliver “an architectural symbol of remote Australia”, Chief Minister Michael Gunner’s vision for his government’s proposed national Indigenous art gallery? And if so, what kind of competition should it be?

Is a symbol of remote Australia what is required for housing such a gallery, which Namatjira MLA Chansey Paech, Assistant Minister on the project, sees as a national institution of significance to all Australian Indigenous peoples?

There may be confusion in the government’s mind about the very concept, as Mr Gunner referred to a “nationally-significant iconic Indigenous art gallery [as] the centrepiece of an Alice Springs revitalisation”, which seems to give the project a more localised character and agenda.

Should thinking about a building come so early in a process that is yet to have roots established in the community, and what community is that? Alice Springs / Mparntwe and its Arrernte traditional owners in particular? Aboriginal communities from the desert region, who bring us the triumph of their art in Desert Mob year after year? Indigenous communities around the nation whose creative gifts and energies make such a profound and often challenging contribution to Australian culture?

And once the ‘who’ has been decided, what about the ‘how’ and ‘when’, i.e. at what stage of what part of the process?

Mr Paech has been particularly inspired by the National Museum of the American Indian in Washington DC and by American Indian Nations’ deep sense of ownership of the museum as “their premier place”. 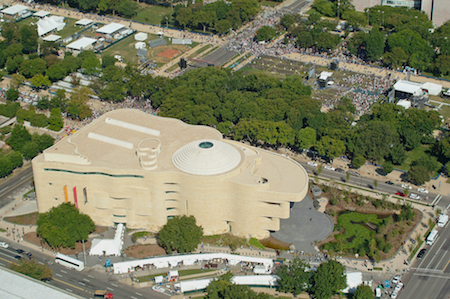 When it opened on 21 September 2004 some 25,000 American Indians are said to have made the journey for the event, gathering on the National Mall, from all over the “Western Hemisphere”, from Chile in the south to Alaska in the north to celebrate their living cultures, the largest gathering of Native Americans in history. It had been, in the words of Chickasaw Nation scholar Amanda J. Cobb*,  “a very long time in coming”.

She is referring to the full scope of the journey, including tribal cultural revitalisation movements, the Red Power movement, the development of Native American studies as an academic discipline, the production of Native art, literature, film, and music, the development of a repatriation movement in the 1980s and ‘90s and a “new museology” (all of which have counterparts in Australia).  But the museum project itself, as manifest in the building, grounds and exhibits on the National Mall, had also been years in the making.

Before any architects came on board a founding director was appointed, W. Richard West Jr (Southern Cheyenne Nation) in 1990. His job was to create a guiding vision for the museum as a place to celebrate living Native cultures.

Building didn’t start till more than a decade later (the delay in part due to external circumstances). In that time “in order to rely on the voices, views, and eyes of Native peoples”, in-depth consultation got underway, as “the first and most important stage of the planning process”.

Staff travelled out to Native communities, and in dozens of meetings participants “voiced their ideas for the building, landscape, and overall tone of the museum, going far beyond what was originally asked of them”. These sessions were recorded and compiled to become a landmark planning document titled “The Way of the People” which continues to guide the NMAI.

The museum went on to develop a complex collaborative process between professional curators and Native community members who between them would create all of the museum’s installations – reclaiming their histories (which did not start with colonisation), their stories, objects, art, in short their “peopleness”. 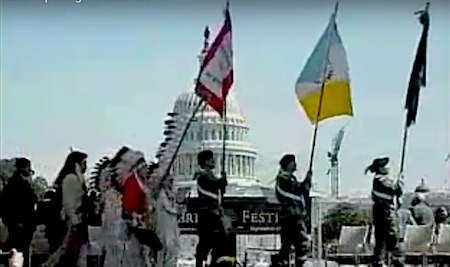 With such a purposeful, inclusive process of creating the museum from the ground up , it’s not hard to see why it has had such ‘buy-in’ from the peoples whose cultures it celebrates.

Right: Native Americans in procession through Washington DC on opening day of their museum, Capitol Hill in the background. Screen capture from video by Smithsonian Folkways.

Will the Alice project benefit from a similar approach? Preliminary conversations have been had with major interstate institutions and the government now is moving quickly, announcing the imminent appointment of an expert committee and the launch this year of a design competition. But could fuzzy thinking and too much haste cause the project to lose momentum and grassroots support?

Through her advisors I have asked questions of Tourism and Culture Minister Lauren Moss about the budget for these preparatory steps and about the government’s thinking on the design competition.

A brief reply said that the expert committee or working group “will be tasked with scoping the project brief, including the details for the design competition and the community consultation process, and report back to government”.

Their work will be resourced by the Department of Tourism and Culture. “Extensive community involvement” was described as  “absolutely vital”.

Specifically, I had asked whether the design competition will be “open”, taking my cue from Design Urban’s Steve Thorne who, readers will remember, led the detailed community consultation and recommendations for the revitalisation of the Alice Springs CBD. (He also had a lead role in the development of the Darwin CBD masterplan.)

An open competition would at least allow the involvement of non-architects as partners within composite teams, a more inclusive approach than one exclusive to registered architects.

Says Mr Thorne: “Here in Australia we are locked onto the idea of design competitions. Indeed it is a requirement in NSW. This is fine if the project is on a single site with a single client and there is limited effect on the broader public, but when a project is a public commission with public money, surely the public should have a say in the design process. There are so many better models than design competitions, which are really fashion shows where the most outlandish submission often wins. 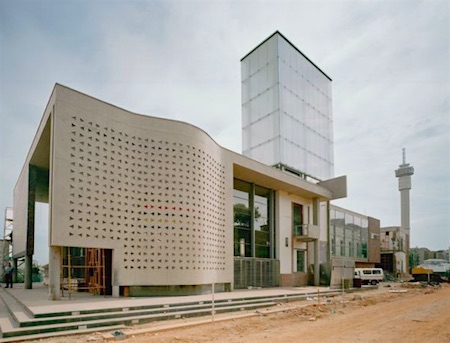 “The proposal in Alice is way too important to hand over too early to architects who in my experience have limited knowledge of many issues in play with such a project.

“If the project is undertaken under the Australian Institute of Architects rules, there will be no ability for local people to be involved in the design process. The designs will be judged by a panel of eminent architects, not local people who are affected by its design and who will pay for the project.

“It has to be brought home to the attention of politicians that the traditional design competition is the wrong way to go about this project. They go down that path because they want to ‘de-risk’ the process by having a third party responsible for the outcome. This lacks courage and is not fair dinkum or transparent.”

An alternative approach would be to invite Expressions of Interest, not limited to registered architects, with consultation processes and capacity to undertake them as part of the essential criteria. Once a design team was selected, it would start consultation and direct involvement of the community as early as possible and sustain it throughout the project.

Although an international design competition was involved, Mr Thorne points to the development of South Africa’s Constitutional Court, the first post-apartheid public commission and obviously of great symbolic and political importance. Reclaiming and re-naming as Constitution Hill the much-hated apartheid-era Old Fort prison complex in Johannesburg began a process that would “dramatise the transformation of South Africa from a racist, authoritarian society to a constitutional democracy”, in the words of Constitutional Court Judge Albie Sachs. 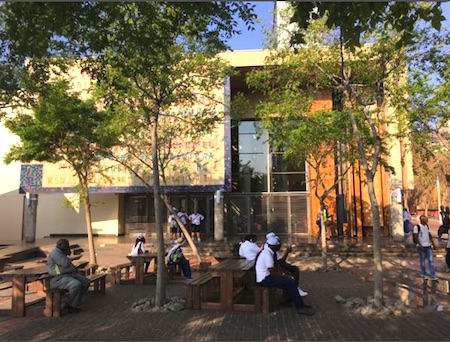 Consultation with local people lead to the project having a very broad urban design focus, says Mr Thorne, rather than an architectural agenda. In fact, he says, the design ended up using existing buildings more than proposing new buildings.

The brief for the competition (won jointly by South African firms Urban Solutions and OMM Design Workshop) had set the direction: it emphasised, according to Constitution Hill’s living museum,  “the importance of the court being rooted in the South African landscape and being restrained rather than opulent. Though dignified and serious, it was intended to be welcoming and open, a structure to make the public feel free to enter, and safe and protected once inside.”

How better to ensure such a sense of belonging, of welcome and openness, of affection for whatever is built, than by engaging with the public from the outset? Which returns us to the earlier questions – what public, what community, when and how?