Film festival of stories close to home and far afield 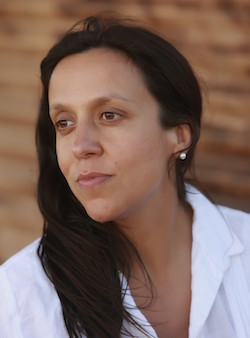 A new film from Rachel Perkins (right) opens this year’s Travelling Film Festival when it makes its stop in Alice Springs, her part-time hometown. Jasper Jones is Perkins’ fourth feature, while she has also been in the director’s chair for the telemovie Mabo and three episodes of the acclaimed TV series, Redfern Now.

Adapted from Craig Silvey’s award-winning 2009 novel of the same name, it tells the story of events in a Western Australian town where a bookish 14 year old white kid, Charlie Bucktin, is asked by the ‘half-caste’ Jasper Jones to keep a terrible secret.

The upshot “in that summer of 1969” is that Charlie “solves a terrible mystery, defeats the local racists, faces the break up of his parents and falls head over heels in love as he discovers what it means to become truly courageous,” as the production notes put it.

Despite what that sounds like, reviews of the film say it avoids being a story carried by a ‘white saviour’, as you would expect from Perkins anyway .

Says The Guardian’s reviewer, James Robert Douglas: “Charlie’s reckoning will be a hard one; that the best he can do is to be a witness and staunch ally to his friends as the iniquities around him churn onward.”

And from the Daily Review’s Ben Neutze : “It becomes obvious soon enough that Charlie isn’t equipped to save anybody. 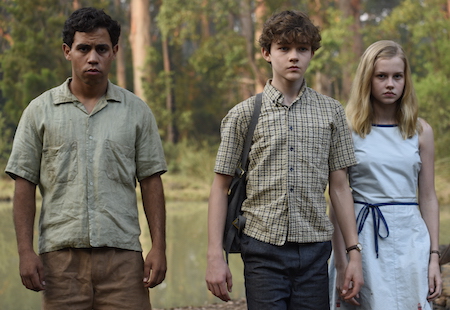 “The characters who have been cast aside by this town have small wins and moments of redemption, but the fault lines in Corrigan ran far too deep for Charlie to even start solving the biggest problems.”

Performances have been praised, both the youngsters – Levi Miller as Charlie, Aaron McGrath as Jasper,  Kevin Long as Jefrrey Lu, Charlie’s best friend – as well as the stars, Toni Collette as Charlie’s mother and Hugo Weaving as the town recluse.

Perkins describes the story as of the kind she likes best – “the human condition in profound transformation”. Of its direction, she says she opted for “the old school approach” – fine actors bringing a great story to life.

She is commended by The Guardian for “finding the sweet spot between childish goofiness and adult drama, keep[ing] things fleet, funny, and just the right side of suspenseful”.

Novelist Silvey co-wrote the screenplay with Shaun Grant (Snowtown) and was on set throughout the filming. Perkins cites Silvey on the film’s intention of promoting empathy, testing preconceptions and transforming opinions:

“The audience will ultimately be the judge if we have succeeded in that quest.” 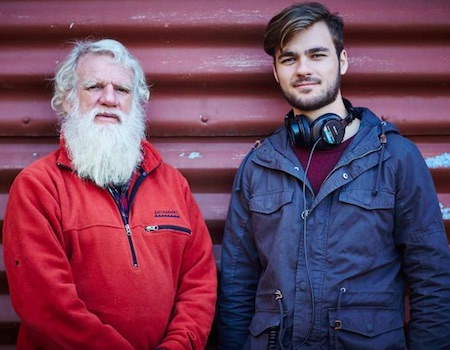 Another local talent in this year’s program is Dylan River, whose 11-minute short film Black Chook screens with Jim Jarmusch’s Paterson, ensuring strong exposure. Written by the award-wining Bruce Pascoe (Dark Emu, Fog a Dox), the story is drawn from a memorable scene of Pascoe’s earlier novel, Bloke. The synopsis is intriguing but gives nothing away: “They were Australia’s bad days. Men killed other men and laughed. All that was left for the children of the dead was to remember; if they had the strength.”

Right: Bruce Pascoe with Dylan River on set. Pascoe will also be a guest at this year’s NT Writers’ festival to be held in Alice.

River, son of film-making parents Penelope McDonald and Warwick Thornton, is committed to “telling stories close to home” and has earned early success. In 2013 he won the Foxtel Documentary Prize at the Sydney Film Festival for his debut documentary, Buckskin. The film was also programmed at that year’s Adelaide Film Festival and aired on ABC television. His drama, Nulla Nulla, took him to the Berlin Film Festival, Sydney Film Festival, MIFF, and received an AACTA nomination.

The Travelling Film Festival, a feature of the Alice Springs calendar since 1985, is screening across this weekend through to Monday at the Alice Springs Cinemas in Todd Street. Friday’s opening is followed by complimentary drinks. Screening guests are producer of Jasper Jones, David Jowsey, and director of Hotel Coolgardie, Pete Gleeson. This is his debut feature documentary about two female Finnish backpackers during a three-month stint of work at a remote WA pub, who contend with drunkenness, relentless sexual advances,and a belittling, bullying boss. Sounds like it could ring a bell or two.

Not all of the offerings are close to home, however. The program is a veritable smorgasbord, with films from Romania, Mongolia, Iran, Italy, France, UK and USA.