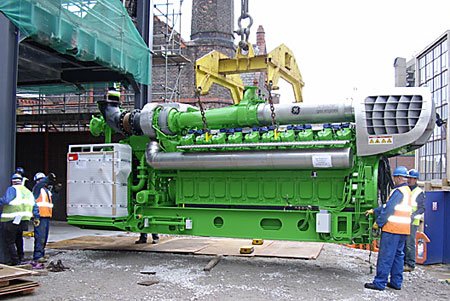 The media statement released yesterday for Mr McCarthy about the new $75m power station at Owen Springs effusively praises the facility, running entirely on fossil fuel, and could have easily  been penned by Mr Giles.

And as did Mr Giles, Mr McCarthy fails to acknowledge the vociferous campaign in Alice Springs, over months last year, to spend part of the money on solar, in this one of the Earth’s sunniest regions.

The installation of gas generators would commit the town to burning fossil fuel for decades, it was argued in countless public meetings, media statements and private conversations.

For Mr McCarthy, just as it was for Mr Giles, it’s as though this extensive debate had never taken place.

Mr McCarthy argues in yesterday’s media release that the new generators, running 100% on non-renewables, will “position Alice Springs to move towards renewable energy”.

He doesn’t explain how it will do that, although he claims: “This gives us a solid foundation to achieve the Territory Labor Government’s commitment of at least 50% renewables by 2030.”

He says the 10 “new state-of-the-art gas engines” will reduce emissions by 15%.

There is one major difference between the two politicians: Mr Giles predicted the Owen Springs plant will “put further downward pressure on electricity prices”.

Mr McCarthy says the Ron Goodin power station in town “is inefficient and costly to maintain” but he gives no assurance in his release that savings from the new installation will be passed on to consumers.

Meanwhile ALEC Director Jimmy Cocking says: “We have the legacy of the 10 gas-fired engines for Alice Springs and the Northern Gas Pipeline. Assessments must be made in terms of how both of these projects will impact future action on climate change and in meeting renewable energy targets before their implementation.

“Gas is still a fossil fuel – a non renewable resource that emits carbon dioxide. When you factor in unconventional gas and fugitive gas leaks, the benefits of gas are negligible.”

New power station: The other side of the $75m coin

Too much sun power in Alice?