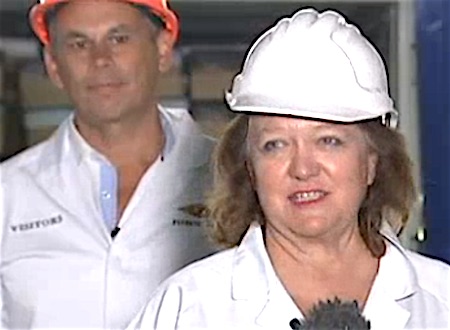 No idea. But here’s Adam. Adam Giles, that is, on ABC TV News last night.

He’s not actually being named in the story.

But that’s him, behind his new boss, Gina Rinehart, known as Australia’s richest woman, who is announcing a cattle deal with China in Warwick, SE Queensland.

Adam cut a dashing figure in the footage, holding a box of meat, alongside other people also holding boxes of meat.

It’s nice to see he hasn’t lost his touch about TV camera angles, just behind the person doing the talking that is, and a bit to one side.

It’s called doing noddies in the industry – signifying agreement with what is being said.

Warren Snowdon is especially experienced with noddies. He’s been doing them for decades.

In Adam’s last job someone was usually doing noddies behind him and he was doing the talking.

Warren is still getting paid by the taxpayer, while Adam is on Gina’s payroll, still smiling. 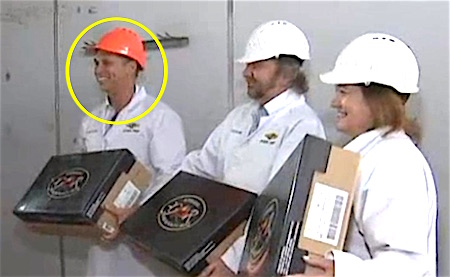