The West MacDonnell Ranges start at the council dump

By Editor ERWIN CHLANDA, writing for our Rest & Reflection series.

Unless global tourism is in the grip of a novel fascination with car parking, and I have no evidence of that, then at least part of the Uniting Church proposal for the CBD is a waste of time.

And as locals would increasingly ride their pushbikes to work rather than pay for car parking, it would also be a waste of public money.

But the council wouldn’t have to look far too get a return on the $30m in its kitty: The magnificent West MacDonnell Ranges start at its rubbish dump.

The “land fill” is in the middle of the municipality, which is traversed by the Macs – East and West. Within a five-minute stroll from our tourist precinct is the potential starting point for some of the most marvellous walks in The Centre. 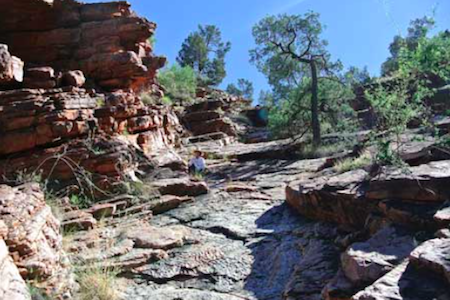 A dozen ravines (pictured) in the southern flank of the range rival King’s Canyon in their beauty, and offer stunning views once you get to the top.

It’s enough to extend a visit to Alice from a few hours to a week. Yet far from developing this fantastic asset, the council a few years ago cut off access to it.

None of this is new. Discussions about dumping our garbage in the middle of town, and our sewage next-door, has gone on since at least 1998: The dump, except for the transfer station and the recycling facility, needs to be shifted out of town.

And the three trailer road train required for one trip a day can come back each time with soil to cover the existing tip, a disgraceful blight on the sacred and scenic Gap.

And then the council can get Michael Gunner, if it can find him, to replace the smelly sewage ponds, wasting billions of litres of water in the driest part of the world’s driest continent.

A recycling facility needs to take their place, in the process gaining the government two square kilometres of prime development land, not affected by native title.

Until one of the nation’s biggest police forces (per capita) gets a handle on controlling a few dozen unruly teenagers, sadly, we can’t channel tourists into the CBD. Mr Gunner owes it to the long suffering businesses in the Mall and nearby to fix that. Pronto.

In the meantime, what has long been seen as a planning stuff-up, having the tourism precinct away from the town centre may turn out to be a blessing – for the moment, at least.

Existing facilities – hotels, caravan parks – either side of the Gap can be turned into a lively, appealing and safe entertainment district. 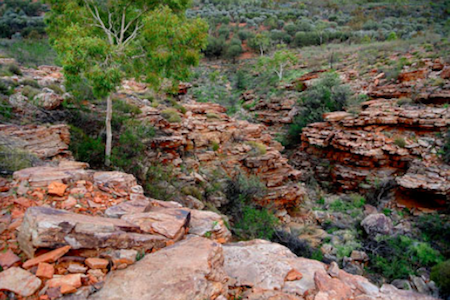 The golf course is already there. In the Todd River, when it’s dry, visitors and local could be sitting around the campfire, sleeping in the swag, under the stars.

Security? No problem. We’ll use the bottle shop cops and require the liquor sellers to ensure, at the pain of harsh penalties, that they don’t sell their wares for illicit consumption.

Beats a car park as an investment in the town’s future? You bet it would.