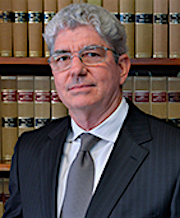 In an unusual and detailed public statement Chief Justice Michael Grant (pictured) has rejected any suggestion that the courts have been reluctant to sentence young offenders to detention or imprisonment in the wake of the controversy over juvenile detention in the NT , especially at the Don Dale facility in Darwin.

He has also rejected that there is any link between a rise in property offending in Darwin and Palmerston and an apparent decline of numbers in youth detention since July 25, the date of the  Four Corners broadcast that precipitated  the controversy and the current Royal Commission (not that the statement alludes directly to the program).

The Chief Justice issued the statement following a recent series of articles and an editorial in the NT News, which apparently argued that judges “owe the public an explanation” for the alleged link and that they “must accord the public the courtesy of participating in the debate” about appropriate sentencing.

Comments in a  similar vein were made in last week’s public meeting about the proposed closure at night of the police station in Alice Springs. Concern at the meeting soon spread to a broader law and order debate, especially about out of control youth. Kaye Eade, who occupies a prominent position in the town as EO of the local Chamber of Commerce, told the meeting “Let’s make our voices heard in the courts.” 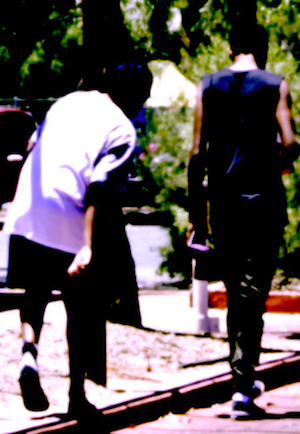 Chief Justice Grant points out that such concerns are properly directed to the parliament: “If the elected representatives constituting the Legislative Assembly form the view that there is a communal concern with youth offending and the adequacy of the existing sentencing provisions, it is open to the parliament to make whatever legislative amendments it considers appropriate and it would be incumbent on the courts to give effect to any amendments made.”

The courts, here as elsewhere throughout Australia and other like (common law ) jurisdictions, must not participate in debate in the public arena, he says. The Territory’s constitutional arrangements require this separation: “They are designed to ensure that judges maintain their impartiality and neutrality, avoid involvement in political controversy, and do not have opinion or comment attributed to them which might give rise to allegations of bias or pre-judgement in later cases.”   This is fundamental to the maintenance of the rule of law.

In particular, judges are constrained from making any comment outside the court on specific sentencing outcomes, no matter how controversial they may become. Any informed discussion on the adequacy of a sentence would require detailed consideration of the circumstances of the offending in question and of the individual offender, all of which, for judges, is properly only done in the court.

As Chief Justice Grant points out, fairly detailed summaries of these circumstances together with factors a judge has taken into account in coming to a sentencing decision can be found in their remarks published on the Supreme Court website. (However, this does not go for decisions of the Local Court, which handles the vast bulk of the courts’ business. It is particularly hard to get access to what goes on in the Youth Justice Court, as there is no published court list and the court is so often closed to outside parties, consistently so if the young person is in “protection”. See my article, “Youths in trouble, troubled youths”.)

The Chief Justice also reminds the public that for youth a sentence of detention or imprisonment must only be used as a last resort, and youths under 15 cannot be sentenced to imprisonment. This is a requirement of the Youth Justice Act (NT), which has been endorsed and maintained by successive governments since 2005, and is similar to the provisions of all jurisdictions in Australia. The emphasis of the sentence must rather be on rehabilitation and reintegration of the youth into the community, an approach which also “recognises that young offenders are less culpable due to immaturity and the fact that they have not fully developed a capacity to control impulsive behaviour”.

As for conditions in detention centres it is up to executive government to address them: “The courts have no reticence in imposing appropriate penalties for fear of criticism on that account.” (However, the courts can take into account any exceptional hardship in custodial conditions, as the Chief Justice notes, and one might think that such an argument by defence counsel about conditions of juvenile detention centres in the NT  would be easier to make in the wake of the Four Corners report.)

The statement goes on to counters the claims made by the NT News with a statistical analysis.

The Chief Justice accepts that some of these detention orders may have been in the nature of suspended sentences, alternative detention orders and periodic detention orders, rather than orders for imprisonment or detention in a juvenile detention centre, but this does not make the case for an unusual reduction in detention orders following the Four Corners report. The lower numbers in the later months of 2016 are similar to or greater than the numbers for the first nine months of 2015 (see table below) and therefore can’t logically be attributed to “some recent judicial reticence in sentencing”.

Making a direct causal link between rates of offending and detention does not take into account a range of factors such as the number of youth arrests in the relevant period, the number involved in any one offending incident, and the percentage who may be subject to diversion rather than coming through the courts.

The Chief Justice points out, by way of illustration, that although there was an increase in property offending in 2016 there was a decrease in youth arrests over the same period: “The courts only deal with and sentence youth offenders who have been charged by police.”

Finally, he reports that on the morning of 16 January there were 33 youths in detention in the Territory (again, both on remand and sentenced): “There is no great disparity between that figure and the range which has prevailed since 2006/07.”


In total, the Chief Justice’s statement ran to some three and a half thousand words. It included a 600 word summary. The NT News offered their readers a 300 word account. It did not report any of the statistics.