'We are Australian' new anthem? 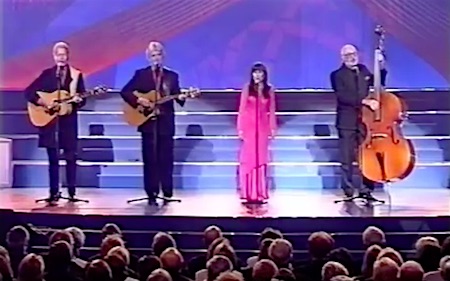 Inclusiveness should be the spirit of Australia Day, writes STEVE BROWN in his contribution to our Rest & Reflection summer series. And he suggests the Seeker’s hit would, as the national anthem, better describe what Aussies are all about.

Australia Day 2017 is set aside not to celebrate our history, our battles, our conflicts divisions and grievances. As a nation we struggle to move on from those things on the remaining 364 days of the year.

On Australia Day, we celebrate what all of us represent as a collective, our nationhood. As a collective we have created one of the greatest egalitarian nations on earth.

Sure, we have many issues, sure, we as a collective have done many wrongs, but on Australia Day we celebrate what we got right, the things that bind us together: Particular dates, the design of the flag, the national anthem. They have no inherent importance in themselves. Their importance lies in our nation’s recognition that at this time in our history these are the symbols that represent our collective, our nationhood – to ourselves and to the rest of the world.

The Australian flag carrying the stars of the Southern Cross and the Union Jack, our anthem Advance Australia Fair, let’s wear them, view them, sing them with pride and above all, in the spirit of inclusiveness.

Let’s do these things while keeping front and centre in our thoughts the calm, magnanimous tolerance, the easy going “She’ll be right Mate,” the good-humoured acceptance of others within our boundaries, that have been so much part of the Australian character over the past few centuries, our laconic drawl, recognised immediately around the world.

That spirit, that character doesn’t survive on its own! It certainly doesn’t survive or grow with unhealthy nationalism, seeking to antagonise, using our nation’s symbols to exclude rather than unite. These only destroys our spirit and weakens our nation.

All the while, let’s use Australia Day to contemplate our nationhood, asking ourselves, is there a better stronger way? Here are some thoughts to get you started.

Although “Advance Australia” is presently our anthem, and I will sing it with belief and passion for what it represents, I think it is rather boastful, quaint and old-worldish.

I would like to see our nation adopt an anthem that is more uniting in its words, something that everyone can sing with gusto while pointing both to themselves and each other – something like the Seekers song “We are Australian”. Play and sing it this year on the day.

I like this concept because no matter whether we are Aboriginal with a 40,000 year history or a citizen sworn in yesterday, we are all equal Australians. It does us all good to understand that nobody is more Australian than the other. We are all of this place!

We have argument and growing division around using the arrival of the First Fleet as the day our nation was founded. This land had been occupied for thousands of years prior to the First Fleet and had seen thousands of other arrivals over those centuries prior, as peoples made their way down through the chains of islands.

Since the fleet’s arrival, carrying a mere 1480 souls, there have literally been millions of other arrivals on our shores from every country on earth. Here in Alice alone we swear in 400 to 500 hundred new citizens, new arrivals, ever year.

All of this makes the dogged sticking to the First Fleet arrival date as the beginning of our nation, no matter what hurt and division that date may cause, patently ridiculous!

Given that it would help reconciliation, heal wounds and bring us closer as a nation, I see no reason at all not to do the truly Australian thing and move the day. Yes, creating another long weekend, in the land of the long weekend. This would allow us to celebrate in much grander style, in a truly Aussie way!

Our flag is a harder and more controversial area of possible change. The flag’s history, those that have fought and died under the symbol, the passion with which we view it, probably means if there is to be change it will take generations.

However, in the interest of stronger nationhood the discussion should always be open. Perhaps the time will come when we finally become a republic, something I see as inevitable given our changing multi-cultural population.

Lastly this year we will see much discussion about the recognition of Aboriginal people in the Constitution through a referendum.

We must view this process as inclusive, not divisive, recognising that rather than including Aboriginal people in this nation as equals we are in fact recognising them as the foundation of this nation, that in fact we have joined them as equals in creating this amazing nation.

We must not allow ourselves to go down a pathway of creating further institutionalised division and paternalism. These are the evils that have created a permanent status of victimhood and isolation for Aboriginal people. The result of any referendum must be equality. No one Australian can be any greater or lesser that the other!

Happy Australia Day everyone. Play the song. Sing it to someone else. I am, You are, We are – Australian!