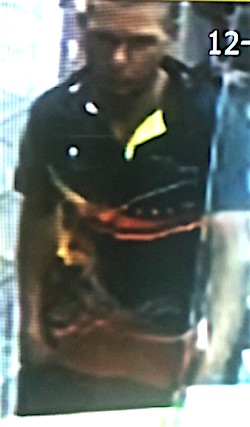 Detective Superintendent Michael White says a 42-year-old woman was allegedly assaulted in a carpark on Bath Street about 2.45am.

“We have identified a person of interest (pictured). Anyone who recognises this man or who may have witnessed the assault is urged to contact police on 131 444 or Crime Stoppers on 1800 333 000,” says Supt White.

Police have charged a 24-year-old man following an alleged sexual assault in Alice Springs in the early hours of Thursday morning.

Supt White says the man allegedly attacked the woman on Bath St about 2.45am. He was arrested on Bath Street at about 4pm on Friday.

He has been charged with two counts each of sexual intercourse without consent and stealing.

He was remanded to appear in the Alice Springs Local Court tomorrow.