Images from our rich history: collection is growing 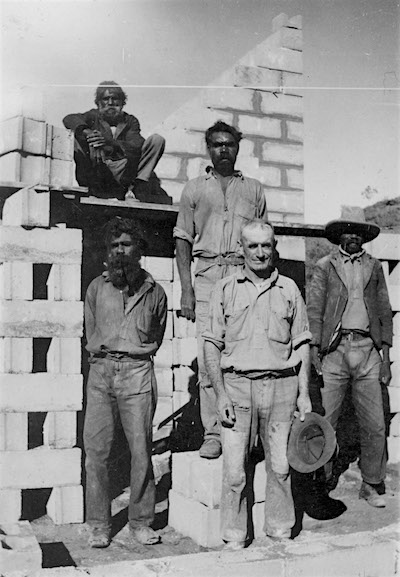 There is a growing collection of images, on paper, in print and digital, in the town library. The driving force behind this invaluable record of our rich history is BARRY ALLWRIGHT, today’s writer in our Rest & Reflection series.

Recently I had a visit from John Bastian of Ardrossan in South Australia. He was in town for a short while and had brought his father’s photograph album with him. John obviously valued the preservation of our local history and his father’s history also.

His first stone-work job was to build the Stuart memorial. Some of his other building jobs included work on the old hospital, construction of the wall around the town gaol, maisonettes for Simon Rieff and Strehlow’s house at Jay Creek.

I was able to scan 139 of George’s photographs for inclusion in the Central Australian Historical Images (CAHI) collection housed at the Alice Springs Public Library. They have now become part of our history which is available for anyone to view and use.

Along with the album, John brought many stories about his father. Whilst building the gaol wall George needed some scaffolding to be able to complete the higher part of the wall.

None was available in the, then, small town of Alice Springs. George had noticed a jinker in a paddock near town. He borrowed the jinker and completed the wall. George then returned the jinker to the paddock. Evidently the owner did not mind or did not notice that it was absent for a while.

Whilst in town John made himself available for an interview with Geoff Purdie. More of the Bastian story has now been recorded on digital video. This is a great addition to the historical records of Alice Springs.

Another album of photographs soon to be included in the CAHI collection will be photographs taken by Phyllis Davis when she worked in Alice Springs during the war. Her family have very kindly given permission for their mother’s photographs to be made available to the public in this way. 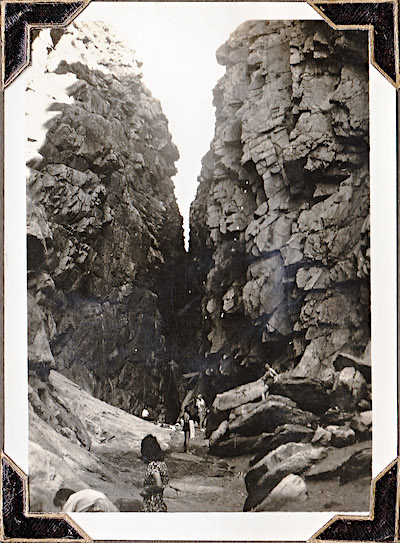 Sometimes these old photographs raise some queries. For example, Phyllis Davis went on a trip to Arltunga in August, 1944. One of the places visited was “Four Mile Gorge”. Where is it? Does it have a different name today?

It is essential that we preserve our history. This can be achieved in a number of ways – one method is preserving old photographs and documents, even if only by making high resolution digital images. Historical objects should also be preserved.

During October 2015, some friends and I visited a construction depot, Depot “B”, used for a few months in 1871 during the construction of the Overland Telegraph Line.

With the aid of a metal detector we were able to find a number of items dating back to 1871. The items included a bell (camel or bullock), handmade nail, cue (shoe for working bullock), file, and so on. We are still trying to find a suitable home for these items. 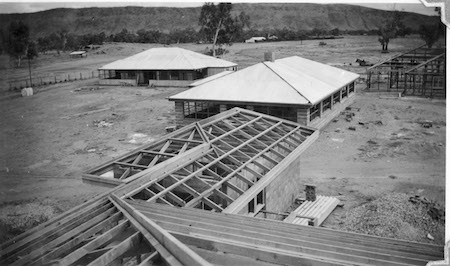