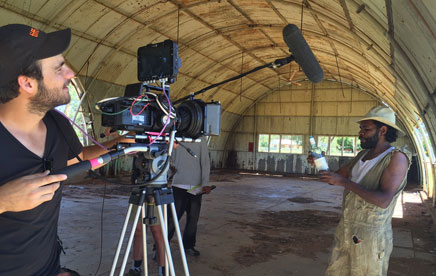 The Aboriginal township of Amoonguna has gained some breathing space until at least January 30 in its long-running battle for self-control.

According to the town’s lawyer, the Federal Court on Tuesday made consent orders that the parties take no further action until the court considers an interim application at the end of January.

The township’s traditional owners are seeking a lease over the whole town, he says.

This move is being contested by the Central Land Council, the MacDonnell Regional Council, the NT Government and Indigenous Essential Services Pty Ltd.

PHOTO: Amoonguna was the location for an Aboriginal-produced TV series recently.