Above: Three out of four events promoted by Tourism Central Australia on its home page today are events organised and funded by the Town Council, yet TCA has pushed the council off its board.

UPDATED, 29 November 2016, 1.57pm: See at bottom for members of the TCA board, which includes representative from two government bodies.


At its recent AGM Tourism Central Australia turned down the Town Council’s request to remain on the organisation’s board as a voting member, although council would be welcome to attend meetings at an observer.

Cr Eli Melky, who attended the AGM on behalf of council, told his colleagues at last night’s council meeting that the decision was met with a notable silence broken by a “hear, hear”.

Cr Melky said he felt “unwelcome” at the meeting, even to the point of having his ordinary voting rights contested (council is a fully paid up member of the organisation).

He asked his fellow councillors, “How does the Alice Springs Town Council get relegated to the ‘bad guy’ in that environment?” 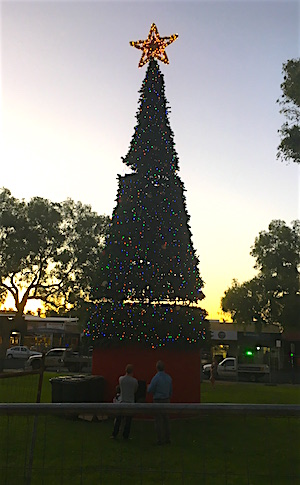 He suggested that council take immediate action to rebuild the relationship with the TCA chair and board.

There can be no doubt that council is a significant player in the local tourism industry, as administrative custodian of the town’s natural and infrastructure assets.

Its maintenance of sports grounds and facilities in particular are essential to major events, such the Masters Games and the various national exhibition matches and tournaments that are attracted to the Red Centre.

It also stages community events that are promoted to visitors, such as the night markets and Christmas Carnival, and supports numerous other events with cash and in-kind contributions.

Mayor Ryan said following changes to the TCA constitution, the organisation had decided that the Town Council was “government” and as such not entitled to sit on the board.

Before this he and the CEO had attended board meeting for some eight years, but he is too busy with his involvement with numerous other organisations to be on a board as an observer only.

He said council’s door remains open to TCA, including by giving them a position on council’s Tourism Events Promotion Committee.

Mr Mooney was similarly pragmatic: “We have continued our working relationship.”

The Alice Springs News Online has contacted TCA chairperson Dale McIver for comment, which we will post if and when it comes to hand.

In contrast to the TCA debate, all councillors had something to say about works to reduce speeding along Woods Terrace. In the largely residential street – with a speed limit of 60kph, except in the 40kph vicinity of its child care centre – drivers have recorded speeds in excess of 100kph, and in excess of the limit at all hours of the day.

Councillors had before them a recommendation to further investigate “flat-top humps” along the street.

Cr Jade Kudrenko wanted the issue taken up with greater urgency, as an accident had occurred on the street the very night of council’s last meeting when the issues had been discussed. She was particularly concerned about the vulnerability of the child care centre, where she had observed “near miss”.

A Woods Terrace resident in the public gallery had already suggested to Mayor Ryan that speed humps go in before and after the child care centre as well as in two other locations, four in all.

Cr Brendan Heenan suggested the upgrades that could be achieved on existing light poles by adding extra arms.

Cr Melky warned against council doing anything by way of traffic obstacle without expert advice, but argued for immediate simple measures, like a giant ‘SLOW’ painted on the road, line-marking to prevent overtaking and reduction of the speed limit to 50kph.

Cr Jacinta Price, attending the meeting by phone, said that speed humps such as on Nelson Terrace work well, presenting no hazard.

Mayor Ryan said any construction would not be happening over the December-January holiday period, but in the meantime suggested that council install its mobile lit street signs to remind drivers of the speed limit on the street.

A consultant’s report to council on the issues last April had suggested the installation of protective bollards outside people’s houses, but only two households have agreed to this.