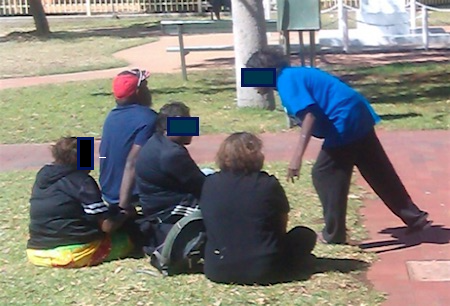 Territory women are 18 times more likely to be admitted to hospital as a result of drunken assaults than the national average.

And only in the NT is the female rate greater than the male, which is a factor of 5.3 times.

Curtin University researcher Tanya Chikritzhs says these figures are not affected by reporting bias, as much as other other sources, such as police reports.

“This is the serious end: If someone is admitted to a hospital ward with injuries they are bound to be serious,” she says. “Some of these people die.”

Her report found that more than 10,000 Australians were hospitalised in a single year due to alcohol-attributable assault.

An estimated 10,360 Australians aged 15 and over – an average of 200 people each week – were hospitalised in 2012/13 because of injuries attributed to alcohol-related assault.

Across the nation,  men accounted for almost three-quarters (71%) of hospitalisations due to assault attributed to alcohol.

Males aged 15-29 comprised about half (47%) of all male alcohol-attributable assault hospitalisations.

Alcohol-attributable assault rates among 15-19 and 20-29 year old males were at least two times higher than for  the general population (everybody aged 15+ years).

There are  downward trends in national per capita alcohol consumption.

“This may be due to a combination of tighter economic times and changes to alcohol taxation and pricing of some beverages, such as the so-called ‘alcopops tax’.

“Nevertheless, alcohol-related assault remains a significant cost to our health system and our community, showing we still have a long way to go in striking a healthy balance between enjoying a drink and reducing the harm that alcohol causes Australian society,” Professor Chikritzhs says.

PHOTO: Altercation in the CBD.