'Average kids' make up half of those in care 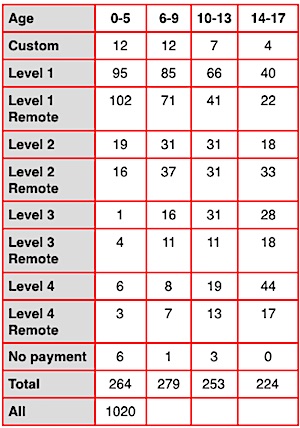 There were more than 1000 children in Out of Home Care in the Northern Territory on June 30 this year.

Half of these children are in the lowest of four “complexity of need” categories – Level 1: “They are pretty well your average kid,” says an experienced local social worker. “There is not much wrong with them.”

But chances are they finish up in out of home care because their home is dysfunctional, says the social worker, speaking on condition of not being named.

About half of the Territory children under guardianship live in Central Australia although it has only one quarter of the NT’s population.

The social worker says the figures in the table (above), released by Territory Families upon request by the Alice Springs News Online, suggest a number of conclusions:-

• The lowest total is in the highest age group as possibly some children have progressed to the legal system.

• The higher age groups are more prominent in the higher needs categories because younger kids are less likely be out in the streets at night or do drugs.

The social worker says the Levels are assessed by taking into account degrees of functioning, such as behaviour, offending, drug use, school attendance and learning, FASD (caused by their mothers’ drinking during pregnancy) and ADHD. 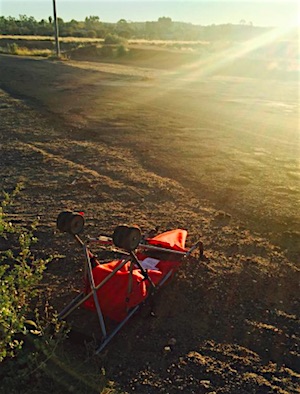 
The heading “custom” in the table refers to children who have placement arrangements where the carer does not receive the standard age-related carer payment. This usually occurs when the child is in a placement provided by a non-government organisation and the rate of payment is customised to the child’s needs, says Territory Families.

The category ‘No Payment’ refers to a child entered into the system but awaiting finalisation of the complexity assessment.

IMAGE from the Facebook site Abandoned prams of Central Australia.