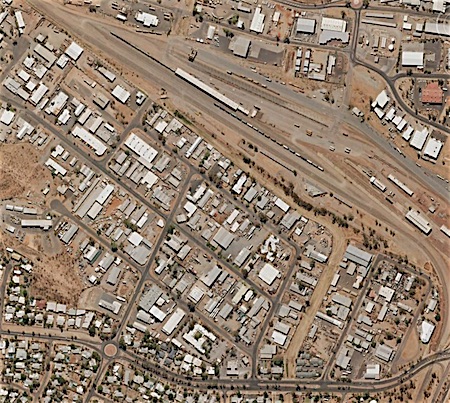 The new government’s re-introduction of the stamp duty rebate for first home buyers is a shot in the arm for the real estate industry, but there have been  significant decreases in median housing prices in the September quarter, says Doug Fraser, of L J Hooker, in his quarterly report.

And he blames the struggle in the commercial and industrial rental market on internet sales: “This unusually high vacancy rate appears to be indicative of young people in particular seeing retailers as merely an avenue to determine size, price and style before purchasing from an online supplier.”

“The decrease in the median unit price can be directly attributed to the large number of unit sales at 7 Allchurch Street in The Gap which had an average selling price of around $255,000,” says Mr Fraser.

These and South Court developments were significantly refurbished and therefore qualified for the first home buyers grant. More than 50% of all unit sales were for these two developments alone.

“The reduction in the median house price is probably more indicative of the prevailing market conditions in Alice Springs with median prices in the East Side, Gillen, Larapinta and Sadadeen all showing significant reductions.

“We believe this can be directly attributed to the removal of the first home buyers grant [from buildings that are not new or not substantially renovated] by the previous CLP Government,” says Mr Fraser.

The top of the market was “reasonably active” in the quarter with 26% of the total sales being over $600,000. The top price achieved was $970,000 for a residence in Irlpme Court, Sterling Heights.

One of the new Labor Government’s first decisions was to re-introduce a stamp duty rebate for first home buyers who purchase residences up to a value of $650,000 with a maximum rebate of $24,000.

“This effectively means that home purchasers pay no stamp duty up to $500,000 and a small amount of stamp duty above that figure up to $650,000,” says Mr Fraser (pictured).

“The market has reacted reasonably favourably to this decision with buyers now starting to re-enter the market. The increase in sales has been steady rather than spectacular at present.

“The commercial and industrial market was subdued during the September quarter with two properties in Colson Street and Smith Street changing hands for $8.45 million and $1.4 million respectively and a two story block of flats selling in Bradshaw Drive for $900,000.
“The residential vacancy rate has improved dramatically over the past three months coming down from more than 10% to a very manageable 4%.

“This indicates that the population of Alice Springs is slowly increasing with a number of people arriving in town and looking for rental accommodation. Rents have also come down to more realistic levels.”

PHOTO at top: Google Earth image of the industrial area where the commercial and industrial rental market is struggling.