Government silent on unsupervised street kids in its care 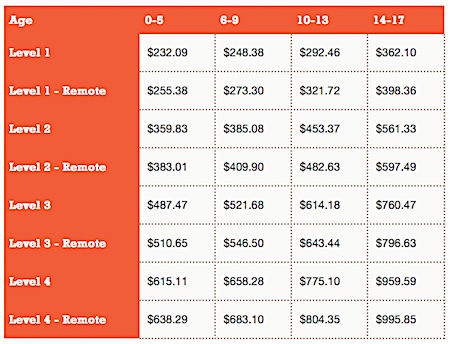 Dozens of kids roaming the streets of Alice Springs during the night are believed to be in the care of the Department of Children and Families (DCF) but it will give no details.

Enquiries by the Alice Springs News Online over several weeks have revealed that there are about 250 individual children, some as young as eight, who wonder the streets at night unsupervised, with detailed figures given for the period of August 18 to September 5.

That data came from the Youth Patrol which gives kids lifts home or to a place of care and is run by the Town Council and Congress, with funding from the NT Government.

On September 12 we asked DCF – since Labor came to power headed up by former Alice Springs headmaster Ken Davies (pictured) – for how many of these children the department has responsibility.

On September 29 we received the following non-answer from the department – now apparently re-named: “Territory Families takes appropriate action whenever we receive a report that a young person is at risk of harm.

“Territory Families has a close working relationship with the patrollers of the After Hours Youth Service who report any concerns regarding the welfare of  any young person to the Child Abuse Hotline on 1800 700 250.

“The Department responds to all notifications and investigates any matters that warrant further investigation.”

We have asked again for an answer to our question of how many of these children are the responsibility of the NT Government – in vain so far.

We have also sought details about payments received by carers which range up to $995.85 per child per week, with some carers looking after several children.

We requested the number of children in Central Australia in ‘out of home care’, and into which category in the table (pictured at top) they fall.

The department’s website explains that the department “provides a higher rate of reimbursement for children assessed as having more complex needs.

“The care needs of each child are regularly assessed to ensure that the necessary services are provided and an appropriate level of payment is paid.”

A spokeswoman for Territory Families has supplied the following information:-

The after-hours youth patrol service operating in Alice Springs is a community service available to all children and young people. It is not exclusively for those in the care of the CEO.

These after-hours youth patrol services ensure that children who attend events such as the Alice Springs Youth and Community Centre Friday night discos are transported to a place of safety after the event.

Territory Families has a close working relationship with the after-hours youth patrollers and not all children who utilise the service are considered to be at risk of harm, however service providers receive appropriate training to ensure that mandatory reports are made in accordance with the Care and Protection of Children Act (2007) if there are concerns for a child’s safety or wellbeing.

Some of the children who frequently utilise the after-hours youth patrol services are in the care of the CEO. Response plans have been developed between involved stakeholders (the agencies vary depending on the child’s needs but this could include Territory Families Family Responsibilities Program, Department of Education, Department of Health and Police) to ensure a consistent approach is adopted to ensure the ongoing safety and wellbeing of these young people.

The spokesperson apologised for the delay with the provision of information and pointed out that the department is undergoing major restructuring following the change of government.

The Alice Springs News Online is continuing its discussion with the department about the number of children in care in Central Australia, and into which category of need they are falling.