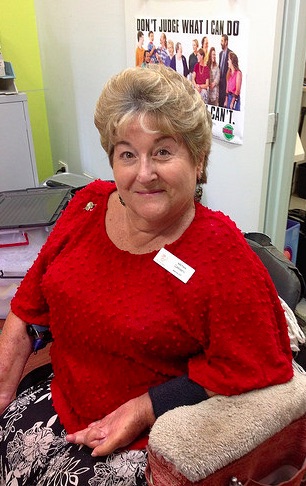 Michele Castagna OAM, feisty disability advocate and state finalist for Senior Australian of the Year 2015, passed away this morning.

Just seven years old when she was struck down with Poliomyelitis, Michele spent the next seven years of her life enduring institutionalised, impersonal care.

Years of isolation left their lasting imprint, fostering an inner strength that enabled her to become an advocate for the rights of people with disabilities.

Living with quadriplegia, Michele spent five years as a special education teaching assistant before she was appointed coordinator of disability services for the Northern Territory in 1983.

A deeply spiritual woman, Michele rejected the idea that people with disabilities are saints – instead, character traits, hard work and the desire to contribute drove her to break down barriers.

Chairperson of the Australian Catholic Disability Council since its inauguration in 2007, Michele was also the first person with a disability elected to Alice Springs Town Council.

With a razor-sharp mind, extraordinary organisational ability and the gift of the gab, Michele was a strong voice advocating on behalf of people with disabilities.