Home Issue 6 Above and below, big things are happening
Issue 6Issue 7Volume 23

Above and below, big things are happening 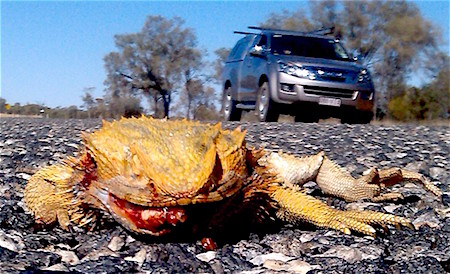 He surfaced, looked for food, found a warm road for a bit of comfort – disaster struck.

Local CSIRO scientist Steve Morton says reptiles popping out of their winter abode for a day or two isn’t necessarily a sign of climate change making another leap forward – but if it happens more often, it may be a signal of more to come in future.

The normal time for snakes and reptiles to resume their life above ground with the rest of us depends on the species: Those which require hot temperatures re-emerge from September to October.

All are likely to pop back in if a cold snap happens.

When they do come out for a day or two during winter “opportunistically” it is for a feed, to “re-stock their fat supplies,” says Dr Morton.

Bearded dragons (like the unlucky one pictured) are among the most active of lizards in cooler temperatures, due no doubt to their greater body mass.

Up high, too, unusual things are happening: That cloud streak we’ve seen a few times now (we’re the red dot in the middle) is the product of warmer water in the eastern Indian ocean, south of Indonesia, generating a lot more moisture in the upper atmosphere, including thunderstorms. 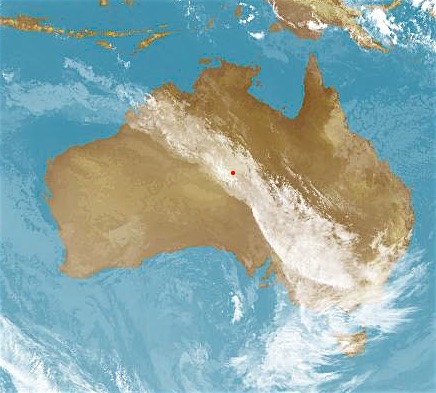 This “North West Cloud Band” then takes a ride on the jetstream, being sucked into low pressure areas in the south-east of the country, according to Andrew Watkins, manager of Climate Production Services of the Bureau of Metereology.

It’s called a Negative Indian Ocean Dipole, and is similar to the La Niña pattern in the Pacific Ocean, he says.

Dr Watkins says it doesn’t take much to trigger the event – a half to one-and-a-half degree rise in the temperature of Indian Ocean water will do the trick.