Home Issue 6 Youth detention: The full story not before the election
Issue 6Volume 23

Youth detention: The full story not before the election 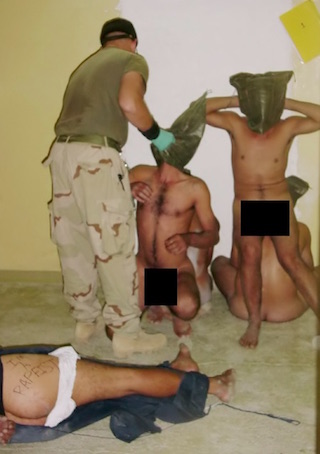 At 8.30pm today it will be two weeks since the ABC’s Four Corners kicked the Northern Territory’s self government in the teeth, with the Prime Minister and our own Chief Minister joining in as accomplices after the fact.

Mr Giles, most likely thinking he was hearing the last nail being hammered into the coffin of his government, straight after the program urged Mr Turnbull to set up a Royal Commission. The Prime Minister did so within 12 hours. Its purpose was made clear in this smug media release last Thursday, attributed to the former Corrections Minister John Elferink.

It said: “There are many misconceptions in the media and the broader community that I will be pleased to address at the appropriate time. The Royal Commission is the proper forum for these topics of considerable public interest to be examined.”

Rubbish. The proper forum would have been one that allows Territorians to make an informed choice before they vote in 19 days’ time, taking into account the crucial issues of policies affecting our young people.

Mr Giles has manoeuvred cynically to deny such a forum to his constituents who are now the target of national and global distain and ridicule: We are “gassing” Aboriginal children – much like the Nazis did the Jews?

A “spit hood” put on a juvenile criminal sentenced to three and a half years and who spits while in contact with guards is reminiscent of what the Americans were doing at Abu Ghraib (pictured at top and below), commentators are claiming. And so on.

When the Territory was known as cowboy country it was half in jest. This lot make us look despicable.

Mr Elferink isn’t retuning calls. His political life will be at an end in less than three weeks. He had announced well before this scandal that he would not re-contest his Assembly seat on August 27.

His potentially ground breaking achievements in corrections – the Sentenced to a Job program included – should have been as much part of informed and open discussion as any of his failures. Now that buck stops with Mr Giles who is seeking re-election.

Government sources have now been silenced by Mr Giles until the Royal Commission is good and ready, months from now and safely after the Territory election.

This morning he breached an undertaking to release to the public the Hamburger Report he received yesterday, referring it instead to the Royal Commission. It was written by a former corrections head in Queensland. It will now not be seen by the public until well after the election.

The hastily set up commission didn’t take long to descend into farce. A Territory judge was appointed commissioner. He is white (and was soon regarded as being to close to the issues). Federal Attorney General George Brandis praised him as an extraordinarily good choice (words to the effect).

Less than one week later the judge was replaced by another commissioner. He is black. Senator Brandis praised his suitability in much the same words he had described the commissioner who turned out not to be suitable.

Then a white woman was appointed as a second commissioner. Do we now have all the race, gender and other boxes nicely ticked? What about the box for the right of Territorians to run their own affairs?

We have some vibrant media, a per-capita number of tertiary educated people second only to Canberra, a resourceful population coping with and enjoying the extremes and challenges of a harsh and beautiful country, and we will be electing a government this month.

Yet our state-like community is now subjected to the knee-jerk reaction by someone 3000 kilometres away, Mr Turnbull. To paraphrase Donald Trump on Vladimir Putin: “If you’re listening” don’t ever let that guy anywhere near the Red Button.

Mr Turnbull has decreed the commission will be limited to examining any “failings in the child protection and youth detention systems” of the NT Government.

The issues are giving new oxygen to the debate about the “disproportional” incarceration of Aboriginal people. There is a belief that locking up blackfellers is a favourite pastime amongst us rednecks in the Territory.

In fact the numbers are vastly out of kilter with white imprisonment rates because so is the offending rate on the one hand, and on the other, the inability of the sclerotic court system to deal swiftly and appropriately with offenders. A great number of people are locked up on remand for periods not remotely reasonable.

And then there is that most tragic reason of all, which won’t pass the lips of politically correct broadcasters, hardly ever make it to the printed or online page: The flagrant neglect by parents of far too many children is at the very core of this avalanche of crime.

There is now a cohort – small but threateningly present – of angry and dangerous young men, and some women, cut adrift from the traditional initiation and moral systems which demanded honour, discipline and sacrifice to the group.

As the grandparents die and the parents drown themselves in alcohol, it’s the young people we must take care of, with skill and love, and immediately. 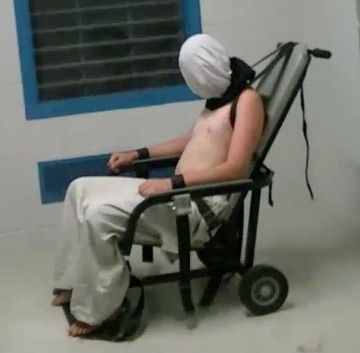 As payback has frequently morphed into meaningless brutality, so has the activist propaganda done its work on many of the young, encouraging them to believe the world owes them a living: “Fuck off white trash, you are on Aboriginal land” – that’s the kind of message.

It may well be heard by one of the many white people in this town who dedicate their professional lives to the betterment of Aborigines, and just before they are rolled for their mobile phone and cash.

Regrettably the Royal Commission will have no time for seeking answers to this, and neither did Four Corners.

Many of the issues in its selective reporting had been on the public record for several years. How many problems have already been resolved? Four Corners didn’t tell us but some details have surfaced in these two weeks, including from the Corrections Commissioner and the detainee Dylan Voller.

Four Corners and other ABC programs screened the stripping naked of Voller in a cell by three men. It was profoundly disturbing. The program had an obligation to put that footage clearly into perspective. It did not.

The teenager was considered at risk. The guards were obliged, by regulation, to remove his clothing, which could have been torn and fashioned into a hanging noose. He was given instead a sheet that cannot be torn.

Voller had clearly refused to hand over his clothing. What were the guards to do? It’s not a question Four Corners troubled itself with, and neither did the vast majority of the media dining out on the story.