The Finke's under way, and that's official! 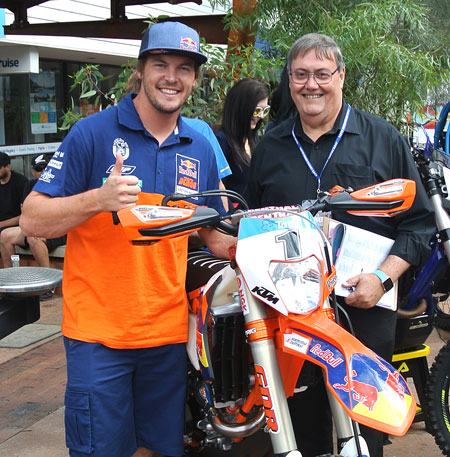 Hot machines, world-class competitors, gorgeous grid girls, excited locals and a gaggle of media: If anyone still had any doubts that the town’s greatest event was blasting off, the Mayor, and likely the race’s greatest fan, made it official.

“We always wondered, always hoped that we could be ever on a world stage. And when you live in the middle of Australia you dream big,” said Damien Ryan, the event’s vice president and involved in it since its inception, 41 years ago.

“You go back to the early years when we had 60 or 80 competitors. The Steven Gall came along, he added a bit, Phil Lovett came along, they all added something.

“But today, to be standing here with the current Dakar champion, who chooses to come back and race in our race, a heavily sponsored rider, it is just the pinnacle.

“But it’s not only that, there are some young ladies in this year’s race who are recognised at a world level.

“The Chinese are here in their own car. They bought a car,” says Mayor Ryan. 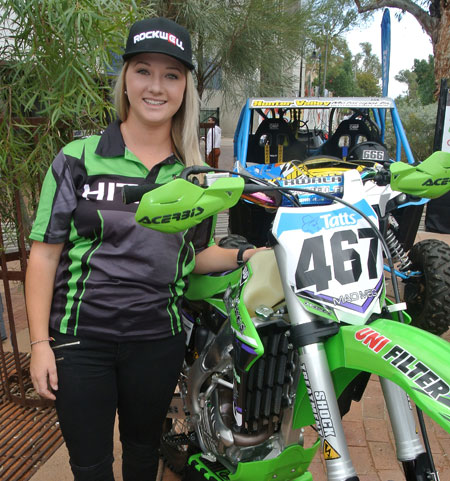 “We’ve grown over these years, and all those wild dreams around campfires, you look around here and you go, yes, it can happen.”

Meghan Rutledge, Australian Women’s Motocross & Supercross champion, says it’s her first Finke: “I had a couple of test runs out on the track. It’s very different to what I am used to, but I’m looking forward to going out there on the weekend and giving it my best shot.”

As Chinese do, driver Baojun Yang, from the 30,000 plus members Wolf Pack off-road club in Guangdong province, forked out big and got himself a Micklefab Toyota Tunda with a six liter Chev putting 600 hp through a Tubeworks rear end. The machine in the Extreme 2WD section was done up by Darwin’s speed magician Ross Bohlin who will be in the left-hand seat in the race. 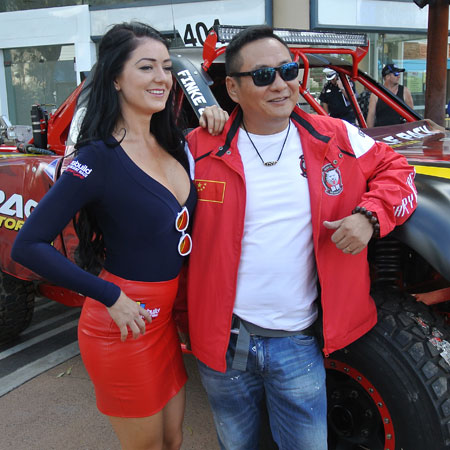 PHOTOS from top: The Chinese entered 6000cc Extreme 2WD being put into position for the media launch in the Mall today •  Mayor Ryan with Dakar winner Toby Price, who will be racing on two as well as four wheels  • Meghan Rutledge with her 250cc Kawasaki • Baojun Yang and grid girl Bianca Connor.