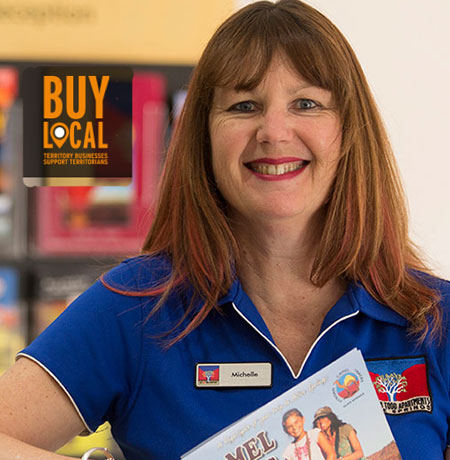 Sir – Given the continued roll out of the buy local procurement reform (which promises a lot but will likely deliver little) it could be a good time to look at what “local” means.

According to a media release Downer EDI is a “local contractor”. Given that they are an ASX listed company and not even local in the sense of a franchise, I think the term local is bandied about a bit loosely by the current NT government.

Whilst they may have a presence in Alice Springs, this makes them as local as say Bunnings or ANZ.

As a side note, the media release provides the positive news that 2 of the 31 employees on the job are indigenous, or 6.4% of the workforce – these results are even lower than the Government’s current work force number and nowhere near the 30% that the highly controversial Provisional Sum policy which would apply to this contract has been set up to (unrealistically) achieve.

Also likely to be of interest to your readers, a relatively new trend continues, with more and more “indigenous” sister companies being established by existing non indigenous owned companies. This no doubt, to tap into divisive Government policies.

McMahon has 49% of Intract, Leightons has a 50% stake in Ngarda Civil (another 25% is Australian Government backed through the IBA) and today I discovered a new entrant, Yingwati, which is 50% Halkitis.

Identifying as indigenous is surely good for business. The current CLP government is no doubt lapping it up. Their Provisional Sum policy has apparently led to to a ten fold increase of indigenous workers on Government construction contracts in a little over 18 months. Whilst I have no doubt there has been a ten fold increase in people “identifying” as indigenous to the Government – it is pertinent to ask – is this type of policy actually helping the people that are really in need? Looking at some measures, such as appallingly high (and rising) indigenous incarceration rates, the answer is sadly, no.

Working in the Construction Industry, I have a reasonable over view of the NT Governments indigenous employment policies. I can categorically say, that the statistics offered by the Government to support their policies are not reflective of actual employment and more widely, social outcomes.

I can only hope that the next NT Government works in greater partnership with private industry to help achieve meaningful improvements in Aboriginal employment and enriched lives.


PS: For what it’s worth, Steve Brown never did get back to this story. I think perhaps he doesn’t want to accept the fact the “review” was just to buy time.