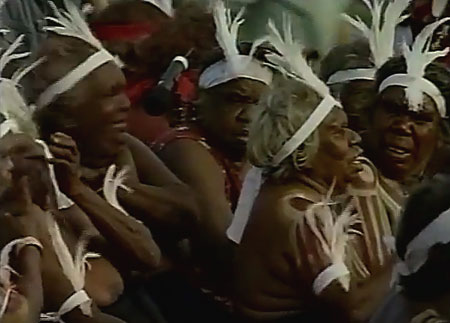 The Festival of Light will be launched on Wednesday, no doubt by “The Chief”, after the usual clandestine preparations and minimum of public consultation.

To compare it with the 2001 Yeperenye Festival, which in Alice Springs marked the Centenary of Federation, is a bit of a stretch.

Part of it had all the trappings of a huge concert – and a few funny anecdotes attached to it.

Someone had forgotten to order the speakers, each about the size of a small room, and so a transport plane had to be chartered to fly them up. This chewed up much of the considerable budget. Some of the rest went on flying in VIPs, including Gough Whitlam.

Christine Anu sang her gorgeous hit Island Home, which took about three minutes and is a highlight in most people’s memories, other than the convergence towards the main stage of giant Yeperenye caterpillars, lit from within, born aloft by the town’s schoolchildren, black and white. (The caterpillar has since become an icon of Alice festivals.) 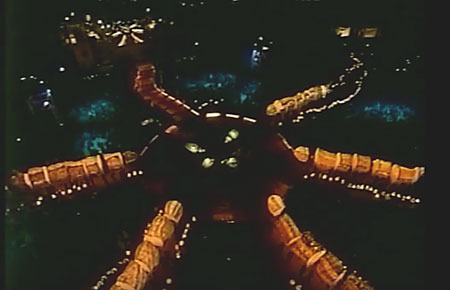 But in many ways all that was the sideshow. The main action was not on the stage but on three sand circles, about 10 meters in diameter, on the lawns of Blatherskite Park. And was it some action!

Ceremonial dancers from all over Australia, with the NT of course heavily represented, had descended upon the town, camping on the show grounds.

They were strutting their stuff in a multitude of corroborees, the men and women in magnificent body paint.

“You don’t have culture. We have culture.” That seemed to be the friendly but challenging competition between dozens of groups from tribal regions, spread over country the size of Europe, and speaking in as many languages.

The audience sat around these three circles, spellbound by the ancient rituals, the main lighting just small campfires.

For a couple of days Alice Springs had truly become the centre of Aboriginal Australia: Exactly the spectacle people the world over would come here to see, up close, today’s people doing what their ancestors had been doing for tens of thousands of years.

How that will compare with light effects produced by gadgets run by interstate whitefellers? Well, Mr Giles will tell us on Wednesday.