NBN for bush blasts off 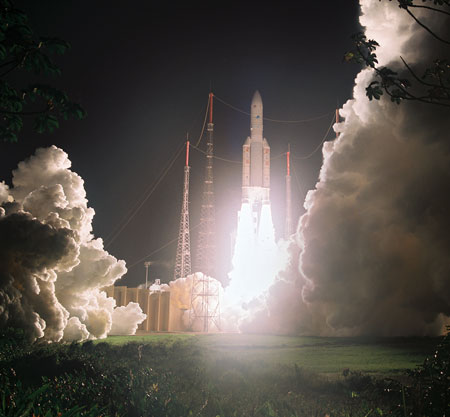 The service is expected to provide peak wholesale speeds of up to 25 megabits per second download to around 400,000 premises across the country – including 12,000 homes and businesses right across the NT.

The satellite derived its name from a nationwide competition, won a year ago by then six-year-old Territory School of the Air student, Bailey Brooks, who lives 400 km south of Alice Springs on Lilla Creek Station.

It will take some time to get all eligible premises connected due to the sheer size of our 7.69 million square kilometre country, so we ask for patience as our teams travel around to install the service.

For so long, Territorians living in the bush have not had adequate broadband to take advantage of everything that having good access to the internet offers. They will now be able to access services that people living in the middle of the city can get.

We know that while being able to stream Netflix and have your whole family online at once is great, for a lot of people living in regional NT they’re just looking forward to just getting reliable internet access to do their banking, run their businesses and educate their children.

Sky Muster is designed to deliver wholesale speeds of up to 25/5Mbps1 and data allowances of up to 150GB per month.

We will provide these speeds to our wholesale customers, telephone and internet service providers.

End user experience, including the speeds actually achieved over the NBN network, depends on the technology over which services are delivered to your premises and some factors outside our control like equipment quality, software, broadband plans and how the end user’s service provider designs its network.

There are currently over 37,000 users on the interim satellite service across Australia, with 833 of those in the NT.