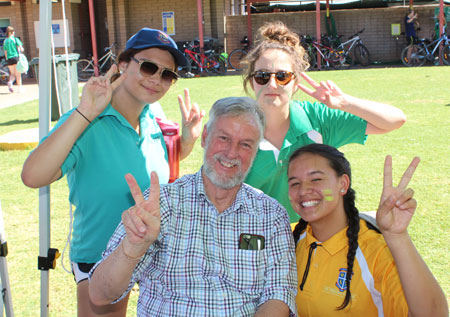 He came for three years and stayed for 30: in 1986 St Philip’s headmaster Chris Tudor took over a small boarding facility for bush kids going to school in Alice Springs.

He played a key role in turning the residential college, then 20 years old, into a full boarding and day school as secondary students in Alice Springs began to migrate to private schools in huge numbers.

Today it has 715 students, 160 staff and in an attractive campus at the confluence of the Todd and Charles rivers, backing onto hilly scrubland leading to the Telegraph Station national park.

“We set out to break the bonds of isolation for bush kids,” Mr Tudor says in a farewell letter to friends, “and the years were underpinned by the honour of being part of the tradition of  ‘establishing a mantle of safety’ in the Outback, inspired by the work of Rev John Flynn [founder of the Flying Doctor Service], Rev Fred McKay, Rev Harry Griffiths and many other iconic people.”

One of the founders of the college and its Life Governor, Jan Heaslip, says St Philip’s development responded to the growing demand from parents for a private school. 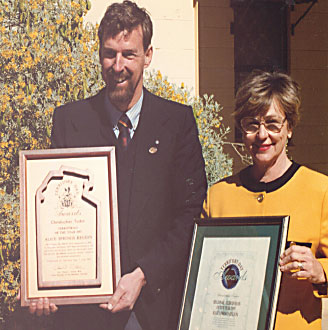 They saw it as an alternative to leaving town, or to sending their kids away to a college, so that they could get the education and excellent care they preferred, says Ms Heaslip.

She says the college is far from catering to a wealthy elite: “We don’t have one in Alice Springs,” she says. Many parents in two-income families “work hard to give their kids this opportunity”.

Its Christian roots are not a prominent feature of the college, in fact there are many students who have a non-Christian background, she says.

Mr Tudor says St Philip’s membership of Round Square “gave us 31 sister schools when we joined in 1996, which now has expanded to a family of 160 schools in many different parts of the world”.

Mr Tudor spent his  early childhood in Broken Hill, NSW, moved to Melbourne, attended Blackburn South State School until the end of Grade 4. He completed his secondary education at Melbourne Grammar, where he was a prefect, house captain, cadet under officer, vice captain of the school hiking group, Duke of Edinburgh Award Scheme Instructor and played cricket for the first eleven.

At Monash University he maintained a major commitment to youth work and graduated with a Bachelor of Economics degree and a Diploma of Education.

He was named Territorian of the Year (Southern Region) in 1997 and in 2004 he was awarded the Order of Australia.

Mr Tudor’s late wife, Jill, was also an educator, serving in many roles including vice-principal of Braitling Primary, principal of the Alice Springs School of the Air, and Bradshaw Primary.

“St Philip’s is a unique multicultural campus,” Mr Tudor proudly reports in is letter. He personally tutored students who failed to access the school’s bridging classes.

“There are 54 boarders from across the Outback from an area as big as Western Europe.

“There are currently 86 Indigenous students, many of whom are boarders, coming from as far away as Melville Island off the coast of Darwin, deep in remote SA and the other side of Uluru.

“This year 121 Year 7s commenced their journey at the College and 87 Year 12s are approaching the end of theirs.” 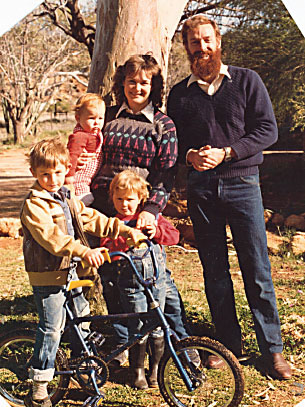 He relates well to “middle of the road people”.

“He has a wonderful connection with the children. He knows them by name. He encourages them.”

Ms Heaslip recounts seeing him, many years ago, arriving at the airport. Three young students ran up to him and full of excitement began to tell him about a recent adventure. Mr Tudor stopped and listened to them, with genuine interest, and they had a big chat.

“What other kids would feel free to do that with their headmaster?” asks Ms Heaslip.

“Their eyes were shining.”

PHOTOS, from top: Mr Tudor with students. • In 1997 Mr Tudor was named Territorian of the Year (Southern Region) pictured with then College Council Chair, Jan Heaslip. • In 1986 “the adventure begins” as this shot is titled in Mr Tudor’s album: James, on the bike with Sarah, Ms Tudor is holding baby Davey and Mr Tudor.