Unchained at the Old Gaol

Back in the days when the Old Gaol was a gaol, relatives of prisoners would sometimes stand on top of Akeyulerre (Billygoat Hill) and call messages to the inmates. It was a way of “living with the gaol”, as Craig San Roque recalled. He used to visit there as a psychologist when it was still a place of incarceration. Then it came close to being demolished. Only community action – an early ‘Occupy’ movement – saved it. 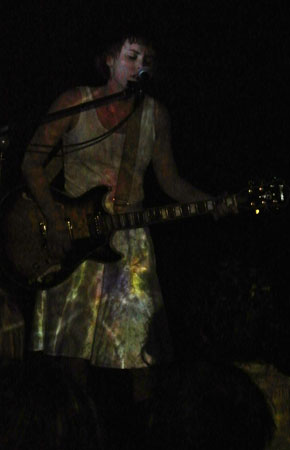 Now we live with it in another way, a potent reminder of the past, yes, and if we care to think about it, very much of the present, some of the least pleasant parts of our complex system of social controls – surveillance, containment, confinement, punishment – largely kept out of sight out of mind.

So the first strong choice by Let Me See, the thoroughly worthwhile incubator program run by Red Hot Arts and this year produced and directed by Franca Baraclough, was to stage their performance in this resonant place to explore the theme they had given themselves of ‘arts and health’.

The layers of memory contained in the very structures of the gaol, the high walls topped by rolls of wire, the cells, the bars, the tiny spy-holes in the long corridors, even the grassed quadrangle, were doing some of the work for them. A high point of each of the five pieces presented to the audience in staggered groups of 20, moving from one to the next, was the way in which the performance used the gaol  – its physical space and its weighty ambiance.

An unnecessary low point was the didactic framing of the whole experience. Once the orientation to the venue had been accomplished by San Roque – which he did very effectively by pin-pointing precise personal memories of the place and around the night’s theme – and when we had been ceremoniously prepared by an Arrernte smoking, then we wanted to enter the realm of art, with all its possibilities and risks. 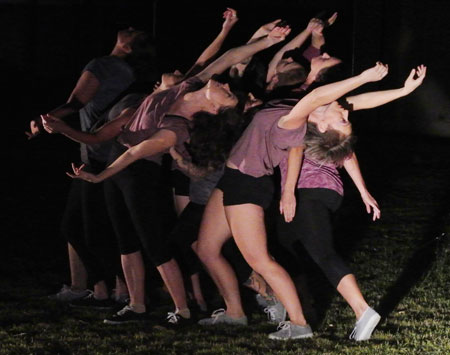 The risks always include the chance of incomprehension, of the audience missing the point. But to be carried towards understanding by means of artistic expression is its thrill. To have this defined for us at each turn before being confronted by the work itself was frustrating and dampened the experience.

Nonetheless, a day later and the after-image of the performances is still strongly with me. The intense release evoked in song and light by BB Sabina in a black and white cell. The slumped form of The Aged Queen on a mat in another dim cell, summoning the wasted years of every prisoner. The funereal choir emerging from their cells along the darkened corridor; the dance of light and animated creatures across the bars between them and us. The excellent Dusty Feet dancers moving as a single organism across the quadrangle. The three weavings of mourning (by Margy Alexander), each one filling a whole cell space with pained beauty. The weight and loneliness in loving someone with a mental illness (siblings Kaye and Sean Pedersen, and Leanne Rudd). The Tim Burton-like tableau vivant about vaccination at the end.

None of it prompts me now to regurgitate some well-learned lesson. But all of it will prompt me to go to the next Let Me See production and other creative work responding to the Old Gaol. 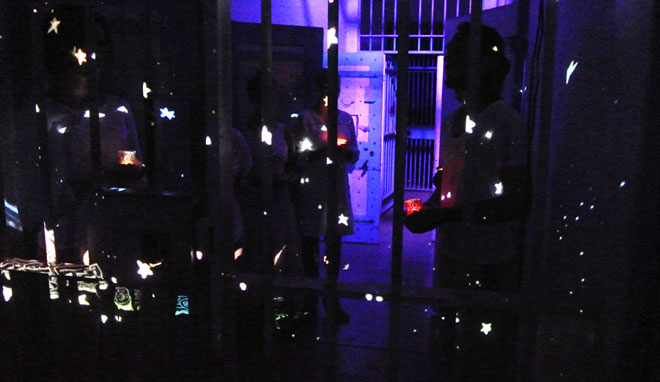