Above: Race in Jericho, film still from Speed Sisters. Photo by Tanya Habjouqa.

There’s a strong film-loving audience in Alice Springs, making it an attractive destination for travelling film festivals. Now it’s going to get its own: Something Somewhere, a festival of international, mostly documentary films curated with the community in mind, responding to local interests, expanding local understandings, stimulating conversations – about this place, the world, and our place in it. 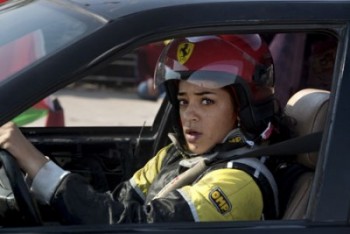 Shared interests can be found in the most unexpected quarters: who would have thought that in the struggling state of Palestine can be found an all-female car racing team? They are the subject of the documentary Speed Sisters which will screen at the festival, and some of Alice’s own women of the speedway will join a conversation afterwards with the audience.

This will be the model for each of the festival’s eight feature films, screening from May 5 to 8 (variously at Snow Kenna park, Alice Springs Cinemas, and Araluen). They will all be followed by interaction with “community respondents”, as the festival organisers are calling them.

For example, people from the local Sudanese community will be present for and after the screening of Beats of the Antonov, set against the bitter conflict in the Blue Nile and Nuba Mountains regions, with a focus on the way people sustain themselves through the violence with music. Sudanese food will also be served to mark the screening. 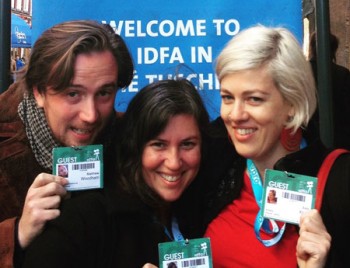 The organizers, Matt Woodham, Anneke Rose and Alex Kelly (left to right at left), hope this festival is the first of many. They describe themselves as “long term locals, media and arts professionals with a passion for community and story” and have formed a not-for-profit, Something Somewhere Inc, to lay the foundations.

Kelly sees their work in the context of a global movement called “impact producing”, which is about delivering cultural projects that have a social impact. Kelly has made her mark in the movement most recently with her work as “distribution strategist and impact producer” for Naomi Klein’s international best-selling book about climate change and the documentary film of the same title, This Changes Everything.

In the wake of being part of that heady experience, she has chosen to return to Alice, home, seeing it as “perfectly sized” for doing projects which have a big impact. She cites Alice Solar City as an example. In a place like New York, even when your project opens in downtown Manhattan and gets written up in the New York Times, “you still feel like you’re a drop in the ocean”, she says. “I like the scale of Alice a lot more.” 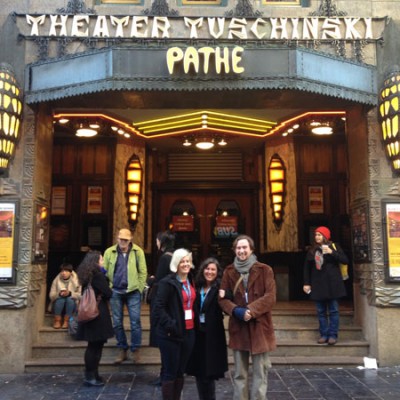 Kelly also sees the community as ripe for taking a lead in the fight against against climate change and other pressing social issues, even if “there’s a lot of work to do”.

Right: Planning the program took the trio to the world’s biggest documentary festival, the IDFA, in Amsterdam last November.

“Australia pays a lot of attention to what happens in Alice Springs. We might be at a tough crossroads at the moment, but I like to stay optimistic, to focus on the possibilities,” says Kelly.

Locally made films are part of that focus. Acclaimed Australian producer and director Rolf de Heer will attend the festival as respondent for the film Another Country (featuring David Gulpilil, directed by Molly Reynolds). De Heer will also lead a filmmaking masterclass open to 20 local filmmakers.

Territory-focused short films will be the subject of a late night program, and a film with deep roots in the Territory has been chosen for opening night (a free community screening on the banks of the Todd at Snow Kenna Park). This is Night Parrot Stories, directed by a former resident of The Centre, Robert Nugent (at bottom), and featuring people from Alice Springs, Yuendumu, Nyirripi and Newhaven (the arid zone bird sanctuary north-west of Alice), some of whom will be here for the screening as will Nugent himself.

The festival will close with the Oscar-winning film, Citizenfour, directed by Laura Poitras, about Edward Snowden, the man responsible for the massive leak of files from America’s National Security Agency, who must surely be one of the biggest ‘impact producers’ of our times.