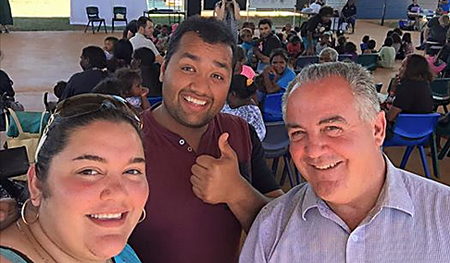 Would the gas industry spend money on exploration without knowing exactly what the government rules for fracking will be?

“It would be up to the industry to make that decision.”

So says Shadow Minister for the Environment Gerry McCarthy as hydraulic fracturing is shaping up as the hottest issue for the NT Election in August – or sooner.

Given that Labor’s moratorium on fracking may well end with prohibiting the controversial process, it is not hard to guess which way the industry will decide.

Yet the methodical and cautious approach by Labor, in contrast to the CLP’s hell-bent commitment to fracking, may well result in a change of government: Door-knocking candidates, and not just Labor’s, report the public’s keen awareness and interest.

“You see many Lock the Gate” signs around town, says one, who reports that fear of groundwater contamination is wide-spread: We don’t have any flowing rivers, not much rain and no water pipeline. Our aquifers are our life – these are common concerns.

Labor candidate for Braitling Dale Wakefield says: “I don’t know whether voters are for or against, but they are concerned. It’s mostly about water.”

It is a safe bet that the Greens will be opposed, some independent candidates are as well, and the new party 1Territory is adamantly opposed to fracking.

Mr McCarthy has expanded substantially on Labor fracking policy in an exclusive interview with the Alice Springs News Online after months of lack of clarity.

“This would be coinciding with the global downturn in oil and gas therefore a smart and sensible approach for regulation of  this new frontier industry in Northern Australia is needed.”

While Mr McCarthy says “we are not opposed to fracking” the major points of the policy are:–

• There is no time frame for the moratorium (this was made clear at the February conference if the NT ALP, he says).

• A policy that is “ethical, practical and sustainable” needs to be developed and put though Parliament.

• Hydrology and geology of areas to be fracked (potentially in nearly all of the NT) must be examined. Mr McCarthy says: “This is something the CLP government has picked up from the Opposition and is now now progressing with 2015/16 Budget appropriations into water and soil testing.

“In 2014/15 it became apparent the CLP had appropriated no extra resources into studies of NT hydrology and geology yet was heading down a path of supporting exploration for alternative oil and gas in the absence of appropriate studies and scientific evidence.

“I am proud to witness the CLP accept my advice and adopt such methodology witnessed by small budget appropriations toward such water and land studies in Budget 2015/16. Credit where credit is due.”

• Impact on residential land, pastoral and agricultural operations, as well as sacred and historic sites must be avoided or minimised.

• Monitoring of exploration and production would be in the hands of independent experts (as suggested by Tina Hunter, Reader in Energy Law at the University of Aberdeen, at the Cattlemen’s Association annual meeting last month). 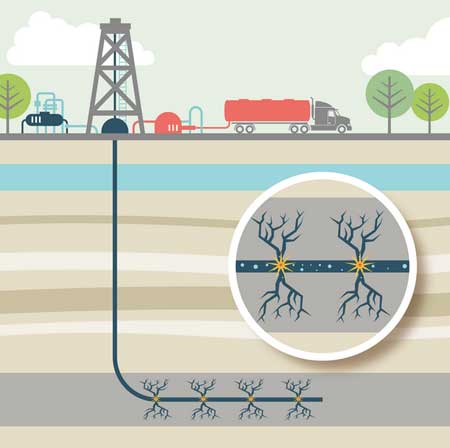 • The Department of Mines and Energy would not be the regulator.

• “World’s best practice” would be required but – and this is also a major point of difference with the CLP – as recommended by independent experts.

• How will they be found? That would be the task of the public procurement process which would receive clear instructions from a Labor Government to aim for excellence as well as impartiality.

• Production approvals would be on a case-by-case basis with past performance of the companies as a guiding factor.

Mr McCarthy describes as “rubbish” government predictions that there will be thousands of wells in the NT.

He says as an example, Santos drilled a well in the Barkly in 2014/15, planned to go down four kilometres, spending $30m over four years. Yet they walked away from the project when national and global demand for gas and prices dropped.

Ms Wakefield says: “We would make sure there is a range of voices involved, and that is by funding the three environmental groups.”

Ms Wakefield says Labor would ensure “the community is goes along with the process. It’s clear that people are unhappy with it.”

How does she know that?

“People bring it up during door knocking. You just have to count the number of no fracking signs in the Eastside.”

How about the Golfcourse Estate?

Ms Wakefield: “The diversity of the NT is something we have to consider. It certainly has been raised with me in Larapinta. It’s not just a small group.”

Meanwhile Deputy Chief Minister and Business Minister Peter Styles has called on Opposition leader Michael Gunner “to abandon his reckless policy position and join with the Government to provide bi-partisan support to the onshore gas industry and the prosperity and thousands of jobs that it guarantees”.