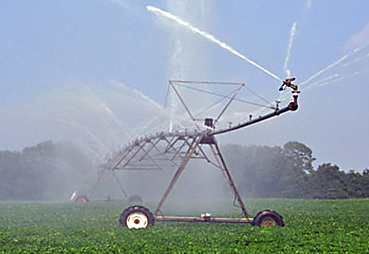 No charge is levied by the NT Government for water pumped from underground for the vineyard and other agricultural uses at Rocky Hill and Undoolya Station.

This was disclosed in an email received one and a half hours after posting a story on this  site reporting that there had been no reply to questions from us on this issue for a week.

The Department of Land Resource Management says “no charge is levied” for water taken from the Mereenie Aquifer System in Rocky Hill / Ooraminna Management Zone under Licence M541 granted to Rocky Hill Table Grapes Pty Ltd and Licence M557 granted to the Power and Water Corporation.

“The Rocky Hill licence does not differ from any other licence, in the fact that there is no charge to any of our licences,” says the statement.

“The licence granted to Rocky Hill Table Grapes Pty Ltd limits the extraction for use on ‘the grape block’ to 1,000ML per year with the other 2,125ML/yr to be taken from and used on an area to the south of  ‘the grape block’, east of the proposed future borefield for Alice Springs water supply and expected to draw on water of relatively poorer quality groundwater suitable for irrigation but marginal / unsuitable for potable water supply.”

PART OF OUR REPORT POSTED THIS MORNING:

This is the text of our report posted at 11am this morning: NT Government water authorities are stonewalling enquiries about the amounts, per unit, being charged a horticultural venture east of Alice Springs and consumers in town.

The venture is the Rocky Hill vineyard and onion plantation on Undoolya Station.

The extraction for the “reticulated potable water supply” of the town of Alice Springs in 2014/15 was 8659ML.

Rocky Hill now also has received permission to use spray irrigation (similar to the one pictured) instead of dripline.

A reader, Dalton Dupuy, commented on March 10 that in spray irrigation, 70% of the water is lost to evaporation.

“I believe in sustainable agriculture and the value of water in Central Australia and spray irrigation is wasteful and not sustainable,” Mr Dupuy says.