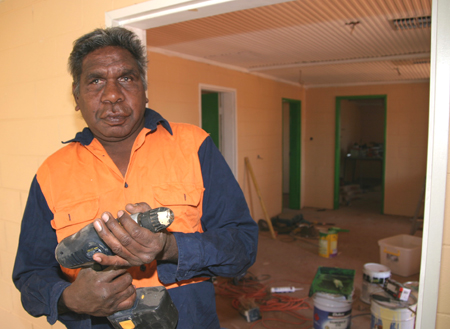 CLP government without Adam Giles is becoming an appealing option for some in the party’s Alice Springs branch who are unhappy with the Chief Minister bullying opponents of his schemes for increasing Aboriginal employment in the construction industry.

Sources speaking on the condition of not being named claim that Mr Giles, in town for an internal CLP conference, has ruled out any changes although a meeting will be held tomorrow with departmental officials about procurement matters, supposedly to clarify the policies.

• The scheme is tantamount to an open invitation to defraud the taxpayer because there will be no test of whether a participant is Aboriginal.

• A $2 Pty Ltd company, easy to set up, if at least 50% Indigenous owned would qualify as an Indigenous Business Enterprise. It could partner in a joint venture with any construction firm which then could gain a bonus of hundreds of thousands of dollars from the NT Government.

• Builders and contractors may need to sack tried and proven workers to employ Indigenous persons who may be less qualified.

• There is a shortage of skilled Indigenous construction workers in the NT, making it necessary to bring some in from interstate a great cost.

• The scheme includes burdensome reporting and administrative processes for the firms.

• Challenging awarded tenders will become more difficult: A clear case can usually be made about price and ability to perform, for example, but no-one knows how to deal with the untested concept of Aboriginality as it exists in these programs.

• The procurement panel has been given a free for all. It can do whatever it pleases, which makes the process open to corruption.

• There are already examples where required CAL (Contractor Accreditation Ltd) accreditation has been ignored to accommodate the new requirements for Indigenous involvement.

• Instead of improving race relations the policy will exacerbate tensions.

Meanwhile Neilia Ginnane, Executive Director NT of the Housing Industry Association, says she is encouraging members to attend tomorrow’s meeting (at 11am at the Convention Centre).

She says she has asked the government for clarification of some definitions, including those of “Indigenous”.

She understands that there will be a process of “monitoring that tenderers deliver what they have promised” in terms of engaging Indigenous labour as well as companies.

“I can understand the goal of stability in communities,” says Ms Ginnane.

“The real challenge is to achieve that as well as making sure that existing businesses remain viable.”

CLP candidate Steve Brown, an electrical contractor, who co-chaired the industry meeting last month, says: “The concerns have been raised with me by constituents and I have passed them on to the relevant NT departments.

“Any further questions should be addressed to Adam Giles.”

Builder Jamie de Brenni, the other co-chairman of that meeting, says: “I will be attending tomorrow’s meeting as member of the industry to get clarification of the policies. I don’t do government work, only private work.”