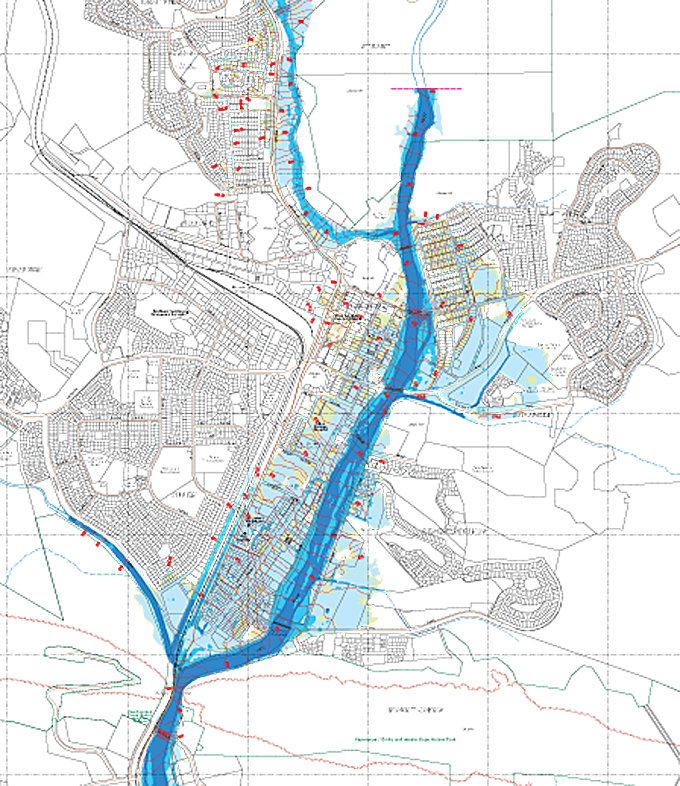 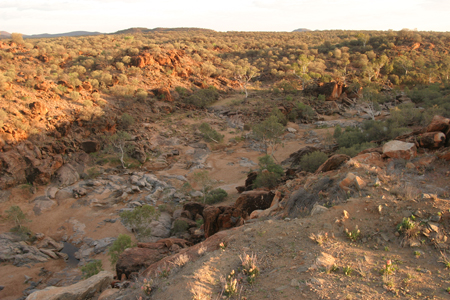 The prelude for Todd Dam – Season Two is beginning to flicker across the screen with the appointment of a committee to advise the NT government on flood mitigation.

Season One ended with a 20 year moratorium imposed on a dam – or lake – by Federal Aboriginal Affairs Minister Robert Tickner in 1992 after ferocious arguments as construction had already started at Welatje Therre (pictured), a women’s sacred site upstream from the Telegraph Station.

Trouble was, engineering reports, whilst taking into account a string of alternate measures, such as levee banks along the river and removing the casino causeway, stressed that only a dam at that site would save the town from catastrophic damage and major loss of life in the event of a major flood. (Extensive coverage of the issues can be found buy googling our story archive.)

Mr Cocking, who heads up the Arid Lands Environment Centre, says a range of options should be looked at before considering violating a sacred site. 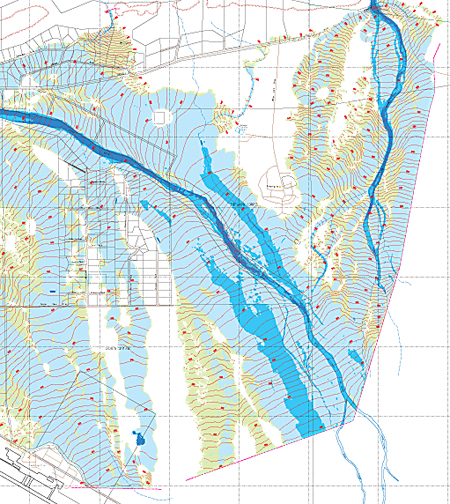 greater flow. (Although The Gap – Ntaripe – is also a sacred site for the Arrente.)

There should be fresh modelling of flows in stormwater drains, says Mr Cocking, and perhaps the casino causeway ought to be removed or modified while a dam should remain an option to be explored.

Mr Cocking also says that perhaps the population should be prepared for the inevitability of the town’s centre being obliterated in a flood.

Mr Cocking says a recommendation from the committee would depend on the information put before it, including details about the predicted major floods resulting from climate change.

Mr Cramer, the president of the Rural Areas Association, says he intends to represent the people in the farm areas, as well as bringing to the table his knowledge gained during the earlier discussions of the issues.

He says government flood modelling usually looks only at the consequences of a flowing Todd River, not the problems caused by run-off at Ilparpa from the southern flanks of the ranges.

He says there are precedents of the costs of major engineering works: Improvements of Henley Beach Road and Anzac Highway in Adelaide, for example, cost about $100m and $120m, respectively, and the simple railway overpass south of town cost $24m.

A flyover through the Gap had been suggested in the lead-up to the construction of Kilgariff to manage increased traffic.

Mr Cramer strikes a “you can’t win them all” note: “Nature is always capable of chucking at you something far worse than what you’ve prepared for.”

Mayor Damien Ryan said he will welcome the opportunity of making suggestions together with the other members: “We need a plan. Flood mitigation is an issue.”

(We have left messages for other members of the committee and will report their views as they come to hand.)

IMAGES: Parts of the town (top), Rangeview Estate (centre) and the Ross Highway area affected in a “Q100” flood – one that is likely to occure once in 100 years. Photo: The Junction Waterhole sacred site where a dam was proposed. 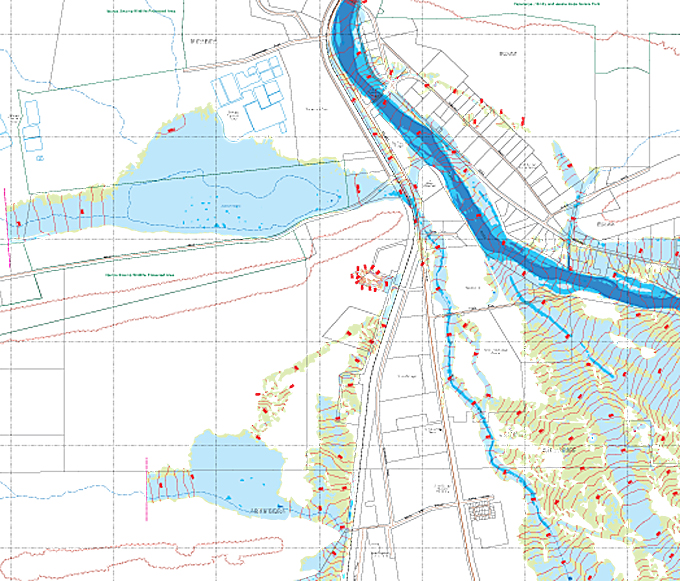 CLARIFICATION. Mr Cramer provided the following notes: “If I did mention Ilparpa, I didn’t in terms of flooding caused in the rural area by rainfall off the back of the Heavitree Range.”
During the interview Mr Cramer and the reporter discussed the cost of the recently completed railway overpass near Alice Springs, in the context of what a flyover through the Gap would possibly cost. Mr Cramer mentioned Henley Beach Road and Anzac Highway in Adelaide, as well as that they cost about $100m and $120m, respectively.
Mr Cramer now advises: “None of the two examples I gave have anything to do with flood mitigation.”