The spin on crime statistics 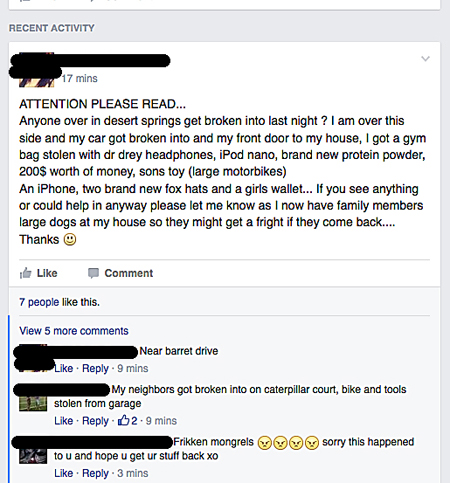 The Giles Government wants to be judged by its performance in the fight against crime. However, the process by which this assessment is made is far from credible because the government itself has complete control over it. This is how it works.

What the government calls “crime statistics” are released monthly. Those that show a decrease (if any) become the stuff of relentless government propaganda.

But these statistics have a major flaw. They are solely based on data provided by the very people whose job it is to fight crime, and whose performance is gauged by its rise or fall: The police.

The monthly stats are prepared by the Department of the Attorney-General and Justice “using data recorded by the Northern Territory Police”.

At the bottom of the tables published by the department it is clearly stated: “Data extracted from PROMIS” and the relevant date.

When you report something to the police you may get a PROMIS number which means the event is in the system.

But there are occasions, at the sole discretion of the police, when a reported event is not entered into PROMIS.

These may include the police haven’t got time to deal with a reported event because they are busy elsewhere. Or they may not think it worth dealing with a complaint: sometimes complainants get told “take civil action”.

Also, someone may have given up reporting offences to the police because of sheer frustration with our legal system: “The offender would just get a slap on the wrist,” is a comment heard often.

Police have told the Alice Springs News Online that they will not release statistics to us but referred us to the justice department. So the public has to rely on anecdotal evidence when dealing with these issues. 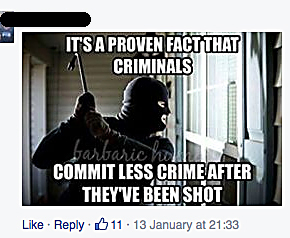 In a nutshell, there appears to be no independent review of the facts on which Territory voters are urged to rely at election time.

The next problem is that the government’s “crime statistics” are really statistics of numbers of police investigations, because a crime is not a crime until a court has determined it to be one.

The government’s published “crime statistics” do not disclose how many people have been convicted for crimes and anyone wanting to know those details would have to engage in perusal of court records.

Police media releases give little idea about the volume of crime. For example, in Alice Springs, between December 20 and January 14 there were just six media releases about property offences.

In December 2014 (2015 isn’t available yet) there were 298 property offences in Alice Springs, according to the Northern Territory Crime Statistics.

IMAGES: Part of the the thread on a popular local Facebook site after a break-in last week, including the initial positing (we have that person’s permission to refer to it in this report), and two responses to it.

Facebook
Twitter
Pinterest
WhatsApp
Previous articleThe price of politicians, and what we get from them
Next articleNT Govt: We were mum on port lease to China