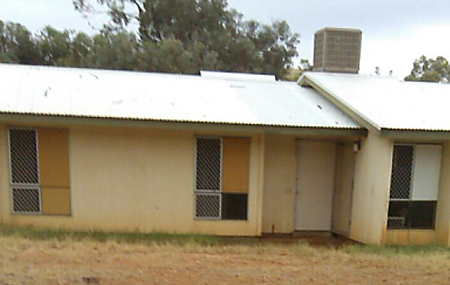 There are 113 vacant public homes and Alice Springs while 612 applicants are waiting up to 93 months – that’s seven years and eight months – to move in.

A spokeswoman for Housing Minister Bess Price says the empty houses include 14 dwellings flagged for the renal program, and six in the allocation process.

The vacant properties include 69 – well over half – that are “dwellings which are approved for sale /  awaiting disposal or reinvestment decision, or requiring major works are considered to be non-operational dwellings as they are not tenantable”.

In the last three months 27 houses have been returned to stock.  28 vacant properties have been released to panel contractors for works and these assets should be back into stock “by the end of November 2015”.

A further 30 dwellings are being “scoped for release to the panel contractors”.

There are 172 non-pensioners waiting for one-bedroom flats – waiting time 83 months.

There are 132 pensioners waiting for one-bedroom flats (73 months).

Two-bedroom houses have a 65 months waiting list for 152 applicants; 3-br 74 months for 155 applicants and there is an unknown waiting period for 4-br houses for one applicant.

“We are currently looking at new ideas to reduce the wait list. This includes our innovative social housing head leasing policy. Some other ideas for possible responses are included in the Housing Strategy Consultation Draft,” says the spokeswoman.