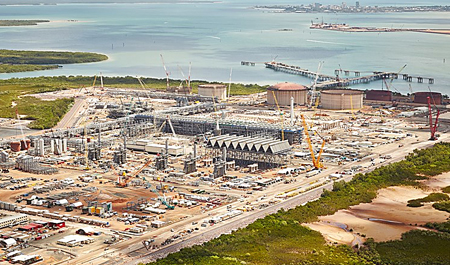 The gaps in the NT Government’s natural gas policies are matched in size only by the mammoth reserves we are believed to have, yet they can become the basis for massive industrial development across the Territory.

Try this for size: The North West Shelf has deposits of 55 to 60 trillion cubic feet of gas and that sparked the Inpex development in Darwin worth $34b.

The Territory’s onshore reserves are four times as big, around 200 trillion cubic feet, says Treasurer and Mines Minister Dave Tollner: “It’s almost unimaginable how much gas this is.” So much in fact that it can make the NT a global player.

The grand plan goes something like this: The ultimate beneficiaries of the gas need to be the people of the Territory who own it.

He says “gas to liquids” processes can produce clean and cheap synthetic diesel for cars, trucks and electricity generation, able to “massively reduce diesel costs in remote parts of Australia where you can be paying up to $3 a litre”.

“Our” gas can drive more power station turbines than we can dream of.

“The Holy Grail for us is not exporting gas to Queensland or putting it into LNG plants. It is getting to a stage where we have enough gas in the system to start a manufacturing industry in our own right,” says Mr Tollner.

It can become the foundation of an advanced manufacturing industry of plastics, petrochemicals and fertilisers, “good, long-term, sustainable industries that come with very high paying jobs”.

He says most every-day items we are using are made from gas or oil based plastics: “The plastic ‘don’t frack the Territory’ signs you see around the place are made from natural gas.”

Under this plan a growing manufacturing economy can piggy-back on the exploration and production of natural gas which we couldn’t afford with the Territory’s own limited resources.

The trick now is to make deals appealing enough to giant companies to spend the billions it takes to find and produce the gas, which they can sell for profit, so we can retain a portion for our, Territory based, industries.

However, there are a string of chicken-and-egg dilemmas: The deal, already made between Jemena and the NT Government, for the $800m Tennant Creek to Mount Isa pipeline, is making it clear where the Giles Government wants to be going.

Yet rules for the widely distrusted fracking are still a work in progress: “I’m certain we can get the environmental regulations in place but we do want to get public support for it as well,” says Mr Tollner.

While Mereenie has been very productive, “there is no guarantee that any other of those gas areas have the same sort of rock”.

Even the royalties for new gas – what the public gets for its underground riches – are yet to be determined.

Royalties for the old Mereenie and Palm Valley fields west of Alice Springs are about 10% of the well head price. Unlike royalties for offshore gas, which go to the Feds, the on-shore ones go to the NT.

“Our current royalty regime is set up solely for that field, but given the fact that we want to expand onshore gas we are looking at an entirely new royalty regime,” he says.

So, are we going to sell our gas to multi-nationals for 10% of its value? 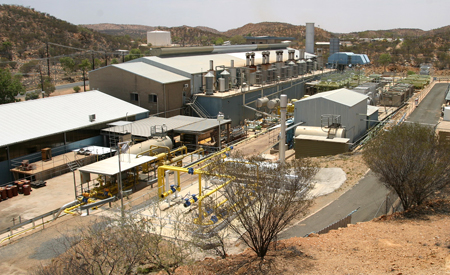 He says “we’re probably five years away” from new fields coming on stream “and 10 years away from having a vibrant industry”.

We have time to “get it right,” offering “incentives for gas exploration while providing a good rate of return for Territorians for our gas.

“Currently I am working on a royalty regime. I’m not into pulling a number out of the air. I want to look around the world to make sure that we’re globally competitive.”

The Treasurer is certain that its immense gas reserves will catapult the NT onto the global stage: “What the US has done with shale gas has changed the geo-politics of the world.

“The US doesn’t have to be in other countries to protect their energy security.

“They don’t have to be in the Middle East because of the oil.

“Because they have driven down their energy costs you’re seeing European businesses setting up manufacturing in the US because they can manufacture far cheaper than they can in other parts of the world.

“Nations are looking at new options for their energy security.”

Mr Tollner says 1200 drilling rigs in the USA are idle because President Obama has curtailed gas exports. We may see some of these rigs in NT, he says.

“For manufacturing purposes gas has to be very cheap. The only way we can get to that situation is to create a glut of gas in the Territory so we can use low cost gas as feed stock in manufacturing.”

What portion of the gas will stay here and what portion will go out of the NT?

“I can’t tell you that. Initially, I would say that probably most of the gas will go interstate or into LNG plants. It’s only when we hit a critical mass” that broad local uses become viable. 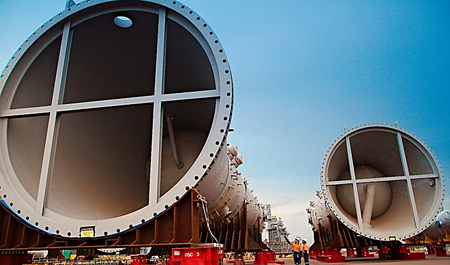 “Gas to liquids may be the doable right now because we have stranded gas assets … where the prices of diesel is high and the price of gas is very low because they have no market for it.

“That would be the case in a lot of places across the Territory until a pipeline runs beside a gas field. These are now stranded gas assets.”

Would the Tennant to Isa pipeline rob the NT of gas it could be using?

For that to happen “you’d need another 50 pipelines like this. It pales into insignificance,” says Mr Tollner.

“I’ve been studying gas to liquids now for two or three years. It’s a leading edge technology. The world is only starting production line GTL plants now. My expectation is the price of those plants will drop to a point where they become very much commercially viable.

“In some places in the world they are commercially viable now,” says Mr Tollner.

Given his long-term views it is a puzzle why Mr Tollner has been dumped by the CLP. He has not been pre-selected for his nor any other seat to contest in the next election. As things stand, he will be out of a job in less than a year.

Are his cautious approach, and his apparent view that the NT Government should have a more direct role in the development of gas, playing a role here?

“It’s one of the things I was a little bit negative about,” says Mr Tollner. 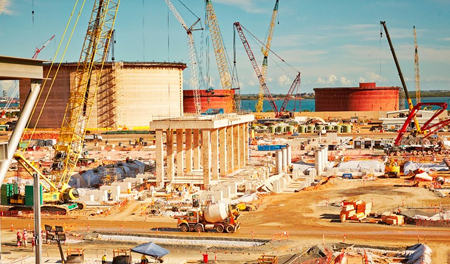 “We allowed APA Group to purchase the Amadeus gas pipeline relatively cheaply in 2011.

“Had the NT [Labor]  Government made a decision to own the pipeline, then we probably wouldn’t be paying the gas transportation charges.”

It seems Mr Tollner believes the NT Government should be getting involved in transportation of gas while the Giles Government has permitted Jemena to build and own the Tennant Creek to Mt Isa pipeline.

PHOTOS (from top): A bird’s-eye-view across the Inpex Ichthys LNG Project’s Bladin Point site to Darwin • The gas turbine driven power station at Brewer Estate, Alice Springs, to be mead more efficient • The town’s noisy old Ron Goodin power station, to be decommissioned • “Big” gets a new meaning as activities at Bladin Point are progressing from the civil construction phase to the mechanical and electrical phase • Cranes dot the skyline at Bladin Point.

[1] We have asked staff of Opposition Leader Michael Gunner three times to arrange an interview with him. They have not returned our calls on any of these occasions.

[2] The Australian Petroleum Producers and Exploration Association claims the NT Government would get “up to” $460m a year, according to Katherine local Bruce Francais, who raised the issue with Mr Tollner. The Treasurer told Mr Francais: “I am advised that this figure was derived under an optimistic ‘Aspirational’ scenario which reflects benefits that may accrue if upper-bound assumptions materialise.”

[3] The old Ron Goodin power station alongside the posh Golf Course Estate in Alice Springs will soon be decommissioned and the Owen Springs (Brewer Estate) plant be made “a lot more efficient”.

[4] It is not yet clear where the gas compression station will be built for the Tennant to Mt Isa pipeline. That plant will need extra power. Tennant Creek sources have indicated that Chief Minister Adam Giles has promised it to be built in Tennant Creek. This also raises questions about the pledge by Mr Giles that no public money would be spent on the pipeline project.

[5] The employment opportunities from a pipeline after it has been completed appear to be over-stated. We have asked Jemena for details and will post them when they are to hand. Meanwhile the APA Group, which owns and looks after the existing network in the Territory, provided the following statement:
” APA has an office in Alice Springs that oversees the maintenance activities of the Palm Valley to Darwin Pipeline. There are a total of seven APA employees based in Alice Springs.
“APA engages contractors from time to time to conduct various work on this asset including excavations, painting and minor installations.
“APA also maintains the Palm Valley to Alice Springs pipeline and Alice Springs Gas Network on behalf of Australian Gas Networks (AGN).”