There is no rush for a nuclear waster dump: That was the conclusion of a well-attended meeting last night to object to the possibility of such a facility being built about 100 km south of Alice Springs.

Spokeswoman Hilary Tyler says the nation’s only nuclear reactor, Lucas Heights, near Sydney, and Australian Nuclear Science and Technology Organisation (ANSTO) have enough storage for the next 10 or 20 years. There is no need for the current “higgledy-piggledy” push for a dump.

She says in that time nuclear medical technology – the main reason given for the need of storage of radioactive materials – will have advanced significantly during that time.

Dr Tyler says in Canada, for example, high-radiation processes have been replaced with cyclotrons that produce waste of much lower radioactivity and a much faster decay. 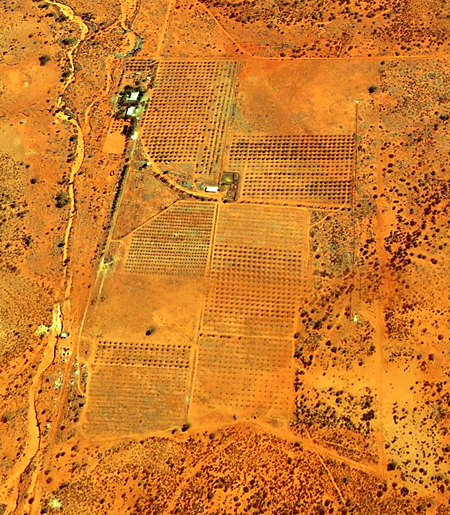 She says the meeting was also against the proposed ramping up of Lucas Heights as a producer of nuclear medicine for export.

While the location known as Hale, a date farm on the old Ghan railway line, is impractical and expensive to develop, the principal motivation of the dump’s government planners seems to be avoiding community opposition.
She says this has been the case with Muckaty near Tennant Creek, and Harts Range as well as Mount Everard in the Alice Springs area: They were dropped because of public objections.

Dr Tyler says the best way to stop the latest project is to make a lot of noise.

About 80 people were at last night’s meeting and more meetings will be held.

The proposed facility is also being opposed by Aboriginal people living near the date farm.