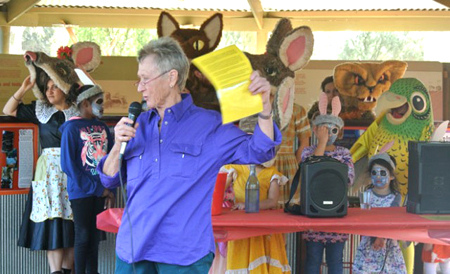 Bob and Kaye Kessing (pictured) are asking that the subdivision proposal for land they previously owned should be put out afresh for public comment without the error the first document contained.

The Kessings were named as the owners of the land although they had sold it.

Mr Kessing, who disagrees with the plans of the new owner, says several people had been reluctant to comment: “Why are you doing this,” Mr Kessing quotes the reaction of friends and acquaintances who are familiar with the Kessings’ strong environmentalist credentials. “We did not want to offend you.”

Mr Kessing says: “We want this to be exhibited again in the correct form, without Kaye’s and my name in it. It should never have appeared.”

The Alice Springs News Online has asked the Department of Lands, Planning and the Environment for comment.