Greatorex gets the flick 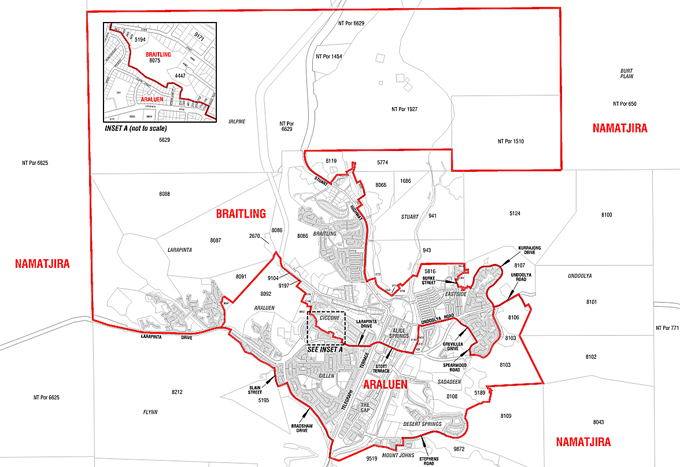 The division of Greatorex has been abolished in the electoral redistribution, instead of the earlier mooted removal of Araluen.

The sitting member in Greatorex, the CLP’s Matt Conlan, is not standing again, while Araluen’s incumbent, Robyn Lambley, has defected from the government and is now an independent.

Alice Springs town is to consist of two divisions – Araluen and Braitling, the seat of Chief Minister Adam Giles.

The area south of Heavitree Gap becomes part of Namatjira.

Stuart’s southern boundary is adjusted to take in part of Namatjira.

The new map is at top, the old one, below. 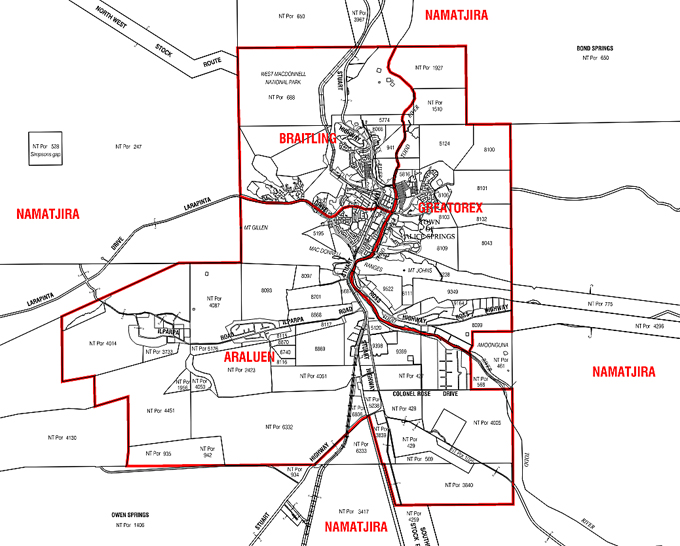