Council clamours for more cash behind wall of silence

The Central Desert Regional Council (CDRC) is continuing to press the Federal Government into paying it more money for child care.

It is doing this by media releases, through a hired advertising company, while refusing to answer questions about the issues at Nyirripi, Yuelamu and Atitjere.

Readers of the News have raised serious questions about the running of the centres by the council.

CDRC has now obtained support from the Central Australian Aboriginal Congress, which fired off a media release of its own, without knowing much about the issues involved.

Meanwhile, the questions are mounting.

Last week Federal Minister for Social Services Scott Morrison urged the CDRC to “act in good faith” over the closure of the centres, saying his department was working on any problems and “it is disappointing that the Council has taken a decision to close the crèches while negotiations are ongoing”.

Council President Adrian Dixon (pictured) is quoted in the release: “This is a ridiculous decision and an attack on Aboriginal families.

“Government talks about closing the gap, getting kids to school and adults to work. It sounds good, but they say one thing and do another.” 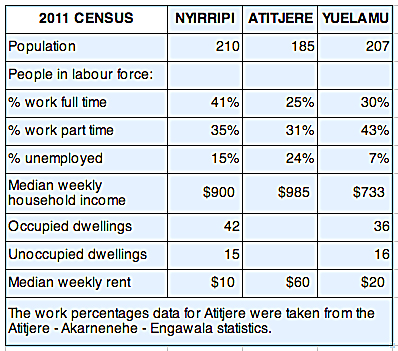 He was not available for an interview.

Congress is not involved in the running of the centres and Ms Ah Chee says her organisation is merely providing “advocacy” for CDRC.

She says: “The coordinator led model proposed by the CDRC, which included the training and employment of local Aboriginal people, builds on the evidence of what is needed to run an effective centre.

“It is understood that, in the short time the centres were operating under the coordinator led model, they transformed into hubs of activity both for the parents and families of children and facilitated easy access for visiting allied health services to work with children in need.”

The Alice Springs News Online contacted Ms Ah Chee for further information, beyond her release, and she agreed to speak with us.

We asked her, should unemployed people in the communities volunteer their help in looking after children; should the CDRC partly finance the centres from its own resources; and do mothers who are in employment have a greater need for child care than those who are not.

Ms Ah Chee said she had no detailed information about the financial issues involved, the level of employment of the communities concerned, nor the fiscal position of CDRC, nor would she comment on the relative needs for child care centres by employed and unemployed mothers.

Data from the 2011 Census (see table) show that unemployment and under-employment in the three communities is high.

The stats also show that a very high number of dwellings in the three communities are vacant – a possible sign that the local populations are in decline.