Shock numbers for kids in 'out of home' care 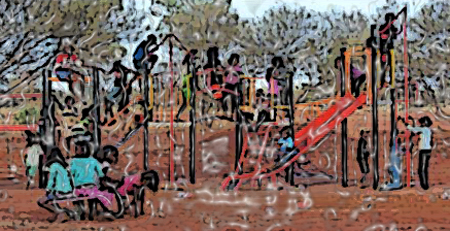 The Territory leads the nation in statistics of children who are in “out of home care” and Central Australia is massively ahead within the Territory.

On June 30 there were 1005 Territory children in out of home care who had orders under the Care and Protection of Children Act.

Of these, 315 children were in the Central Australia region, 292 were in the Katherine and Northern Remote region and 398 were in the Greater Darwin Region.

That means The Centre, with 20% of the NT’s population, has 30% of NT children who are in care.

According to the Australian Institute of Health and Welfare, in 2014 there were 908 NT children in care, 10% fewer than now.

The NT’s figure was 14.3, which was at least double the corresponding figures for Victoria, Queensland, WA, SA and the ACT.