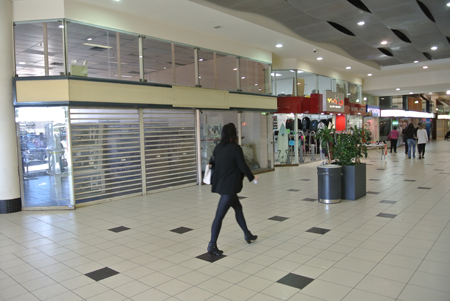 A commercial rent war is heating up as the Alice Plaza is attracting businesses from other shopping centres and is likely to be adding an IGA supermarket to its tenants.

Tony Bowes, the property manager of the Alice Plaza, says: “I believe the prospective operator will open onto Todd Mall.”

This would be a break from the much-criticised current feature of the shopping center where currently most shops cannot be accessed from the Mall.

The IGA would occupy three shops in the north-eastern corner of the complex.

Meanwhile other businesses in the mall say the town council should be doing its share about the increasing number of empty shops in the Mall.

Asked whether there should be a council initiative such as halving rates for occupied shops and doubling them for empty ones, both real estate agent Steffi Hart and coffee shop owner Cameron Buckley welcomed the idea.

Mr Buckley, who says the rent he is currently paying “is OK”, suggests empty premises could temporarily be filled with a variety of pop-up shops, paying no or a very low rent. 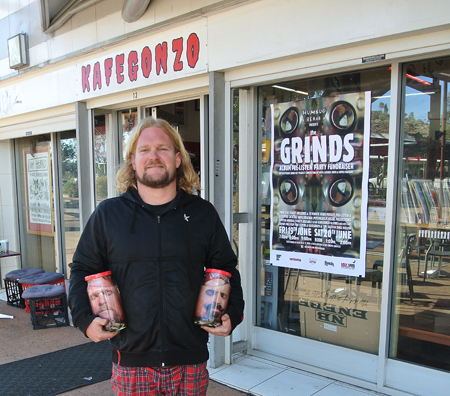 He says this strategy, used elsewhere to re-vitalise declining commercial areas, is a “great idea”. When shoppers return to the area in greater numbers, business as usual can resume.

Ms Hart says a temporary switch to pop-up shops is a “fabulous idea” and would be an incentive to drop rents.

She recently declined a demand from her landlord to pay a higher rent, under the threat of moving out, and got her way.

Meanwhile Mr Bowes says rents are under review and existing as well as prospective tenants are being offered “good incentives”.

If the IGA deal comes off – and the shops earmarked for it are “on hold” – the Plaza would have only four “vacant and unsecured” shops.

He declined to reveal a percentage of rent drops, saying charges in the Plaza are being compared to rents being paid by similar businesses elsewhere. 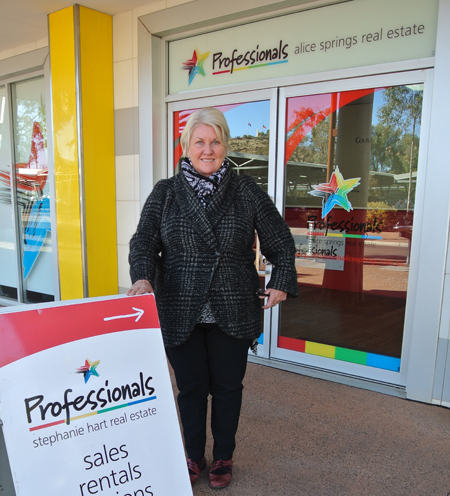 “They do not have the overheads such as security and cleaning. At the same time we have much more foot traffic.”

A Home Like Alice and Wicked Kneads are already moving to the Plaza.

PHOTOS (from top): Empty shops in the Alice Plaza where a new IGA supermarket may go • Cameron Buckley promoting the Grinds album produced by him and Jeff Kessel • Real estate agent Steffi Hart in front of her Todd Mall office: She held her line against a rent increase.