Home Issue 10 We have what it takes, now let's start strutting it.
Issue 10Issue 11Volume 22

We have what it takes, now let's start strutting it. 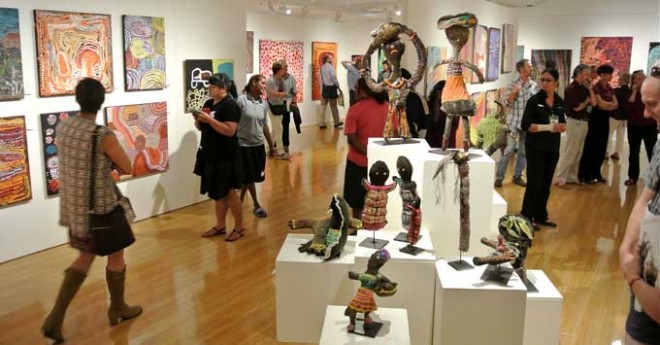 Alice needs something fresh to draw a steady stream of new visitors.

In the past we had the Rock, but Uluru has slipped away and gone independent. We still have our incomparable landscape, but it could be argued that the draw of our ranges alone has reached saturation point.

So what new experience can we offer?

Tasmania had the great foresight to attract MONA, the Museum of Old and New Art. People travel to Hobart from around Australia and the world with MONA being the deciding factor for choosing Tasmania for their next holiday. I’ve done it myself, admittedly combining the museum with the added lure of a cricket test at Bellerive Oval.

The Guggenheim Foundation started with a world renowned museum in New York City and has since opened other museums in Bilbao, Spain and Venice, Italy. Their next one is currently being developed in Abu Dhabi in the United Arab Emirates.

Admittedly the Guggenheim Foundation might be setting our sights a bit high, and MONA could be a solitary effort luckily claimed by Tasmania.

But we are the home to what has been described as the last great art movement of the Twentieth Century. I am, of course, referring to Australian Aboriginal art, much of which is created in and centered on Central Australia.

Why can’t we have what could easily become a world renowned museum dedicated to encouraging, preserving and showcasing the quite extraordinary work coming from this evergreen movement? This new art would be shown to be based on a culture that is now recognized as stretching back some 60,000 years.

Then it would make good sense to have a new transit hub and major new hotels.

No one will come to Alice to visit a train station, and there is some fair concern that the proposed Melanka Towers will want for clients.

As well as doing the world a favor, an Indigenous Art and Culture Centre, coupled with the lure of our unique landscape, could be just the combination we need to attract that elusive steady stream of new visitors.

PHOTO: The annual Desert Mob exhibition gives a glimpse of the region’s potential.