It's a Territory of variety 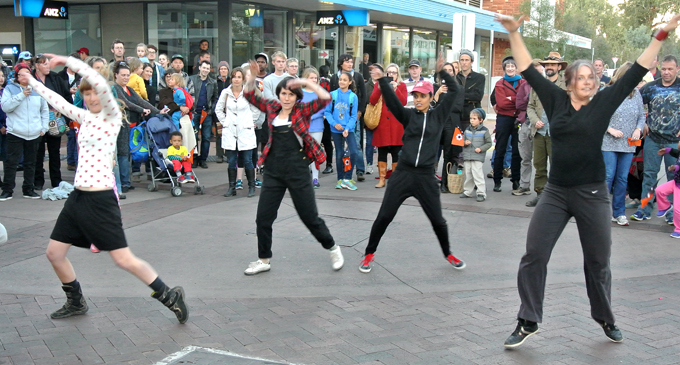 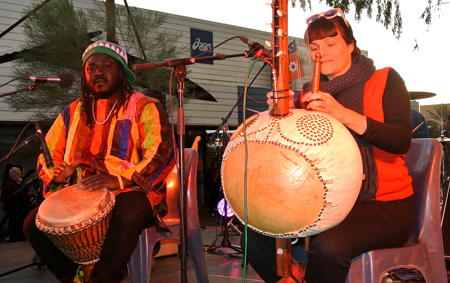 The event took place in the heart of the business district. The stage was provided by CAAMA, an Aboriginal organisation.

A white woman, Bec Matthews, on a West African string instrument called a Kora, played music with a black African man, King Marong, on drums, as Aboriginal and white kids and danced together. 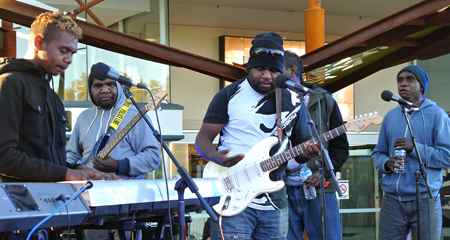 A band, Desert Mulga (at left), from one of Australia’s most remote communities, Nyirripi, played professional-standard rock music. The lead guitarist is Matthew Gibson.

A Warlpiri woman, Bess Price, the Territory’s Minister for Housing and Parks, acknowledged that she was on Arrernte land.

She said Alice Springs is a much desired place, including by the dozens of people who became Australian citizens in a ceremony she had attended earlier in the day.

Ms Price said it’s the 37th anniversary of the Territory achieving self-government, giving the region’s people the power to make decisions for themselves, rather than having them made for them in Canberra.

Then four members of the Dusty Feet Dance Collective burst into the crowd with a gutsy number. 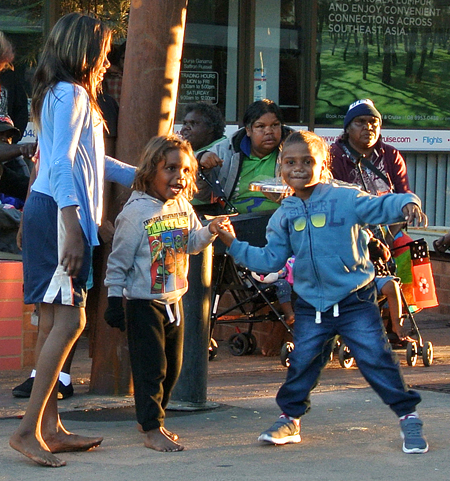 The show was put together by the NT Government, Festivals NT, Araluen Arts Centre, Red Hot Arts and the Town Council.

The only glitch was that the fireworks, on Anzac Oval, started before the performances at The Sails (as most locals still call the spot) had finished, but most party goers made it to the northern end of the Mall for the spectacular finale in the sky. 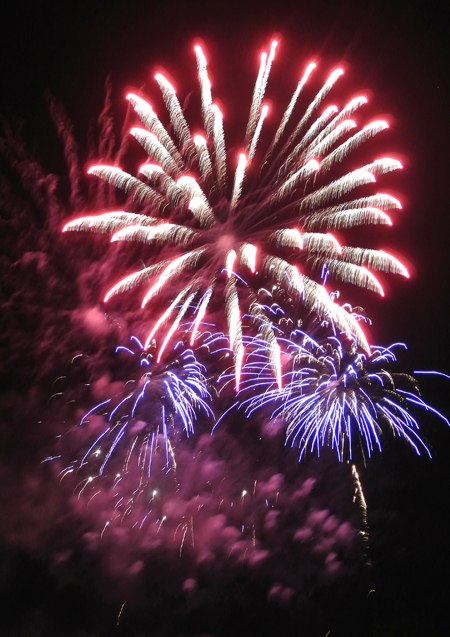